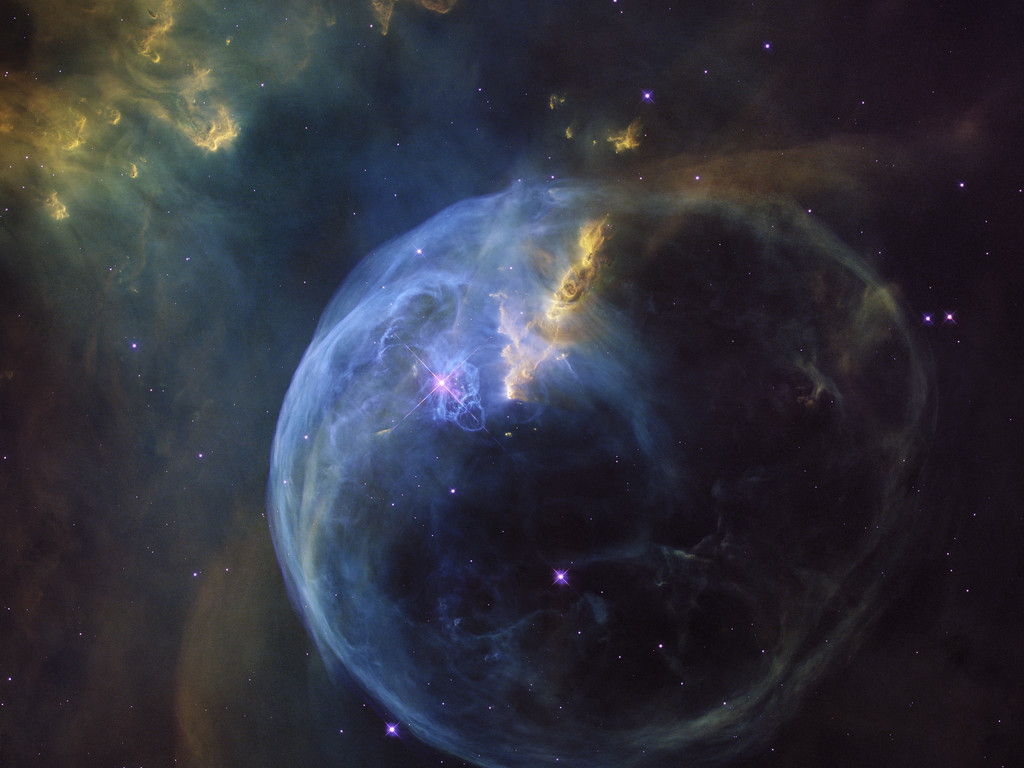 In celebration of the Hubble Space Telescope’s 26th birthday, NASA astronomers have highlighted an image of a massive star blowing a bubble into space. The Bubble Nebula, as it is known, sits 7,100 light-years from Earth.

DON’T MISS: There’s only one place you can stream Prince’s music catalog

“As Hubble makes its 26th revolution around our home star, the sun, we celebrate the event with a spectacular image of a dynamic and exciting interaction of a young star with its environment. The view of the Bubble Nebula, crafted from WFC-3 images, reminds us that Hubble gives us a front row seat to the awe inspiring universe we live in,” said John Grunsfeld, Hubble astronaut.

NASA says that the star forming the Bubble Nebula is 45 larger than our own sun. Gas on the star gets hot enough that it can fly into space at over 4 million miles per hour, sweeping up cold gas in front of it and forming a bubble.

Although the nebula was originally discovered by William Herschel in 1787, the Hubble Telescope was able to photograph it “with unprecedented clarity” in February of this year. The blue you see in the image above (and the video below) corresponds to oxygen, the green to hydrogen and red to nitrogen.

You can see a video representation of the aforementioned stellar bubble in the video below: