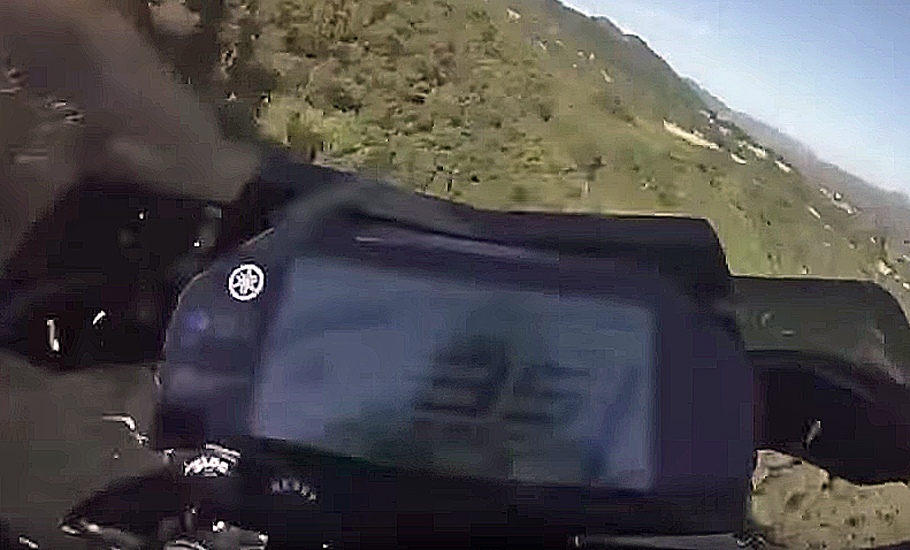 There’s nothing remotely cool about accidentally flying 250 feet off of a cliff — that is, unless you survive and your motorcycle’s camera records the entire thing. A motorcyclist named Matthew Murray found himself in these unfortunate and painful circumstances after he accidentally veered off a mountain road and was unable to stop on the gravel shoulder before literally flying off the edge of the cliff. His GoPro captured the entire thing.

The incredible crash, which ended when Murray and his bike both slammed into the heavily wooded terrain some 250 feet from the edge of the mountain, didn’t claim his life, but he didn’t walk away unscathed. The impact knocked him out, and he sustained a broken back, hip, pelvis, and sternum, and also had a pair of punctured lungs. Despite that, he was able to scale the hill after waking up in order to flag down a passerby and call for help.

After such a near-death experience you’d hope that Murray could catch a break, but that just isn’t the case. A fundraiser set up to help out with his rehabilitation claims that he’s been booted from the hospital because his “emergency medical insurance” has run out. “They have discharged him from the hospital even though everything is still broken,” the posting notes. “He’s having a hard time breathing and still can’t walk or even go to the restroom without assistance. He is vomiting blood and we are very worried.”

Murray, who has only been riding motorcycles for about six months, believes something went wrong with the steering, though that remains unconfirmed. He has pledged to give up riding.