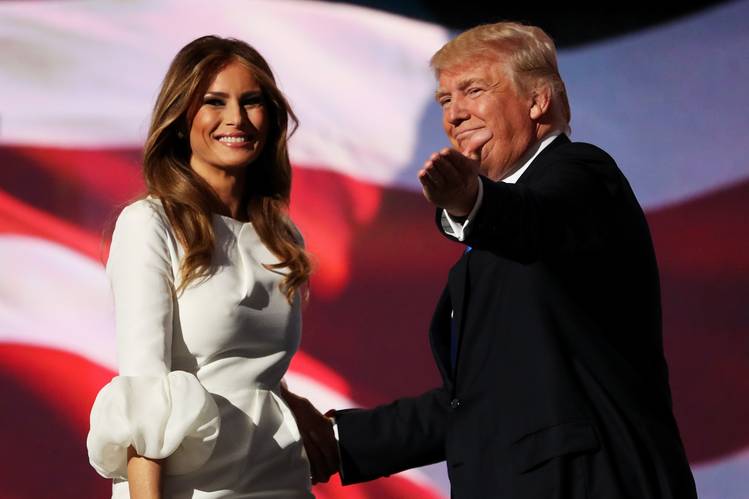 We’re all currently living in a horrible parody movie written by the Wayans brothers. It’s the only plausible explanation for the road to the 2016 election, which will take place this coming November unless the Earth opens up before then and swallows us all.

Monday night’s kickoff of the Republican National Convention was a spectacle that didn’t just meet our expectations, it exceeded them. Wildly. Every twist and turn on Trump’s campaign trail led up to this, so it was only right that the RNC had its fair share of drama. And as it turned out, not even the Wayans brothers could have dreamt up the ridiculousness that unfolded in Cleveland, OH last night.

Okay, okay… thankfully Trump’s speech writers didn’t plagiarize that part of the First Lady’s speech, but they were brazen (stupid?) enough to rip off a healthy portion of of that speech from 2008 and think that no one would notice.

And here’s a video where you can actually see the two passages delivered side by side:

Trump’s campaign has basically become a bizarre reality based loosely on Brewster’s Millions, where support for a Trump presidency grows no matter what unfolds. The difference here is that Trump will end up a rich comedian whether he wins or loses.