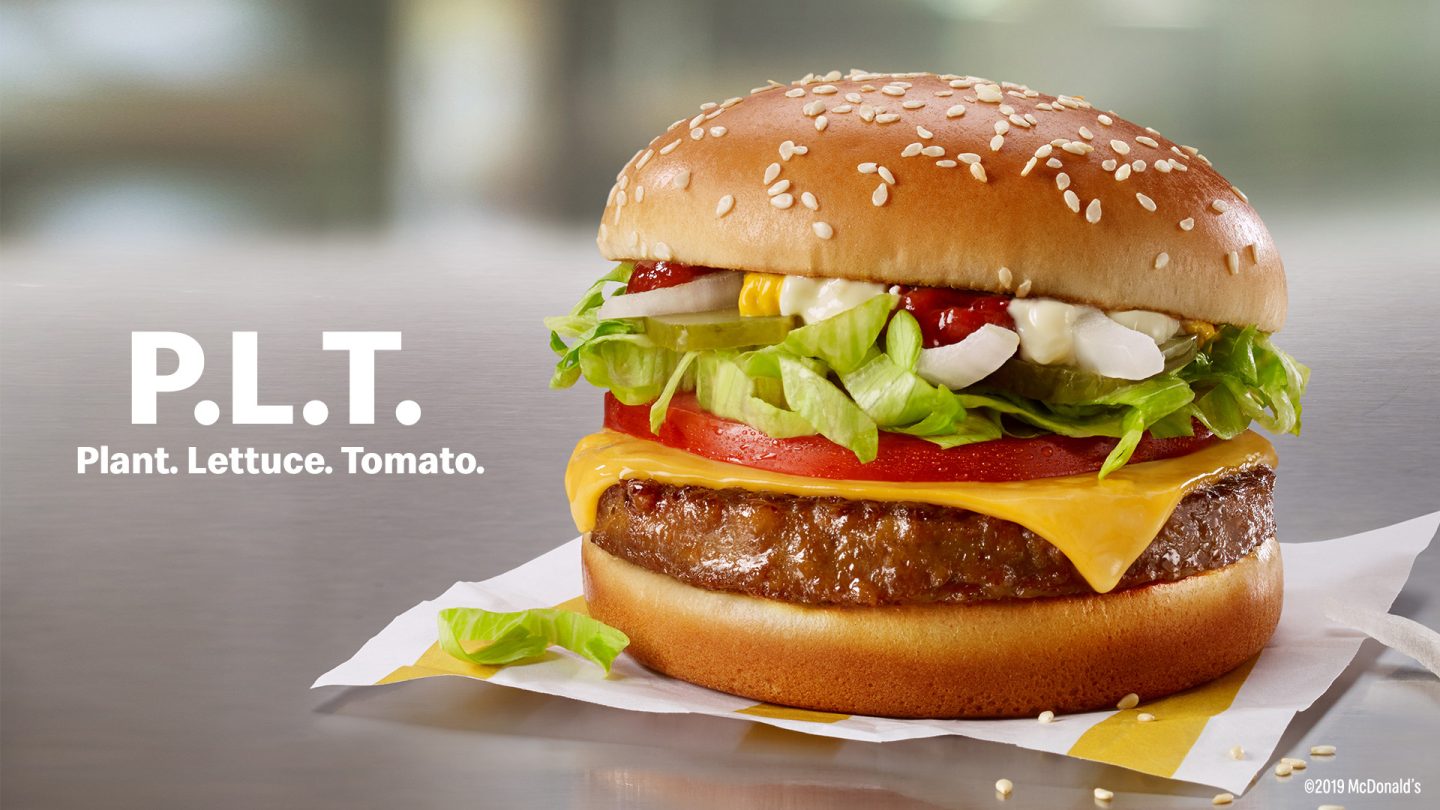 You know that a trend has officially gone mainstream when it arrives at McDonald’s, which is exactly where the plant-based Beyond Meat burger landed this week. As the fast-food chain announced last week, it will begin a 12-week test on Monday of a sandwich it has cleverly dubbed the P.L.T. (Plant. Lettuce. Tomato.) in 28 restaurants in Ontario. The P.L.T. is made with Beyond Meat’s patty and “has been crafted exclusively by McDonald’s, for McDonald’s.”

As Ann Wahlgren, McDonald’s VP of Global Menu Strategy, explained in a recent article on the McDonald’s website, the company has been keeping a close eye on the rising interest in meat alternatives in recent months, and believes that now is the right time to test its own plant-based burger in one of its major markets.

Here’s how McDonald’s describes the P.L.T., in case you’re in Ontario and are considering trying one:

The McDonald’s P.L.T. is a delicious, juicy, perfectly dressed plant-based burger on a warm, soft, sesame seed bun with the iconic McDonald’s taste customers have come to love from McDonald’s. Featuring a plant-based patty with no artificial colors, artificial flavors, or artificial preservatives, it’s a great-tasting “open wide and sink your teeth into it” sandwich. The P.L.T. will be priced at $6.49 CAD plus tax.

Wahlgren says that McDonald’s is in “learning mode” when it comes to offering plant-based meat alternatives, but if the test is successful, expect to see the P.L.T. at more locations in the near future. After all, Burger King has already rolled out its meatless Impossible Whopper nationwide, so McDonald’s is already playing catch-up.