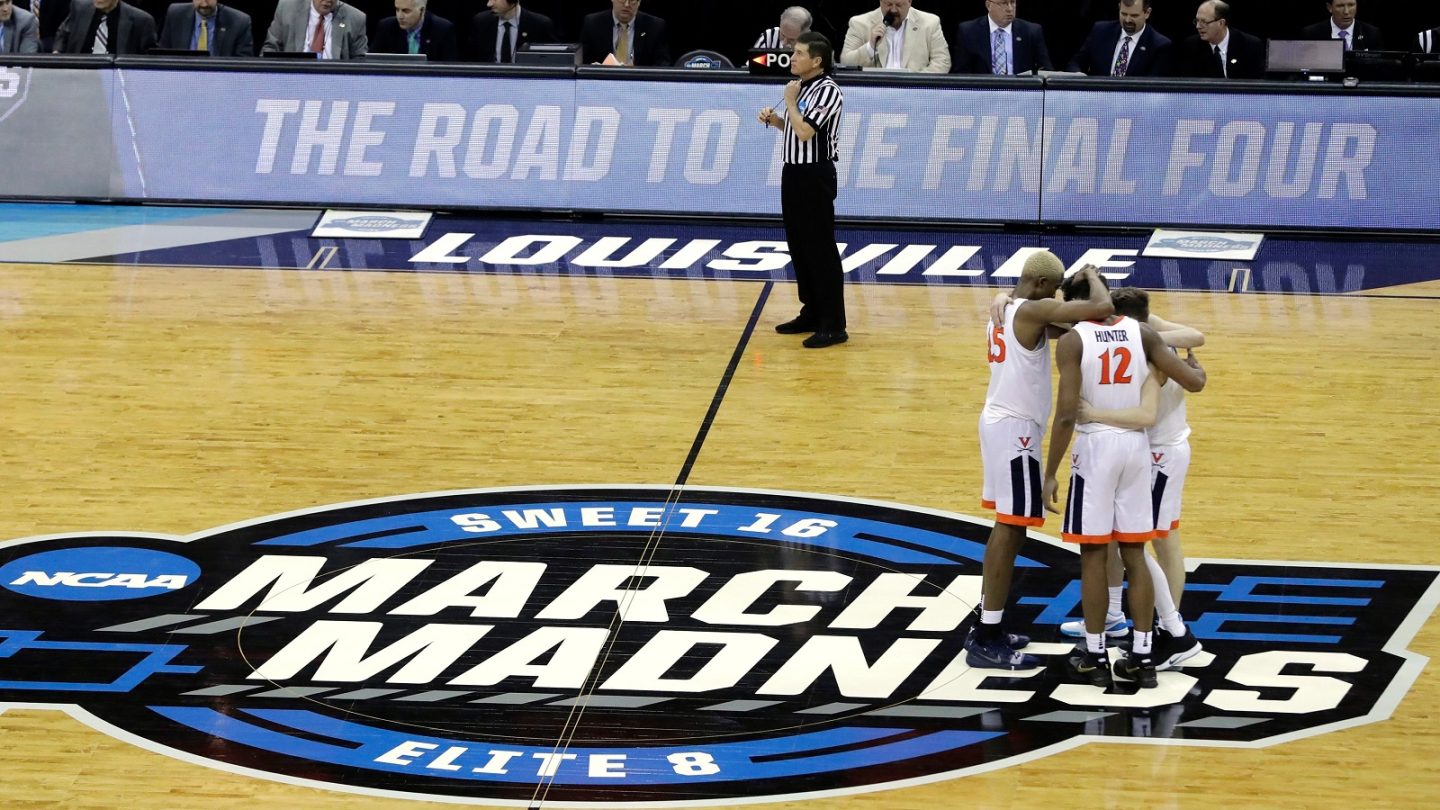 Following the shocking announcement that the NBA would be suspending the rest of its season indefinitely after one player tested positive for COVID-19 on Wednesday, the National Collegiate Athletic Association (NCAA) has revealed that the 2020 NCAA Division I Men’s Basketball Tournament has been canceled as well. The games were set to begin next Tuesday, March 17th and wrap up with the championship game in Atlanta on April 6th.

Officials from virtually every league and division and organization in American sports have been discussing potential solutions to the coronavirus outbreak for quite some time, but Wednesday is when the situation reached its breaking point. First, the NCAA announced that both the men’s and women’s college basketball tournaments would have to be conducted “with only essential staff and limited family attendance.” Colleges around the country echoed this message and many banned students from attending any sporting events whatsoever.

Then Utah Jazz All-Star Rudy Gobert tested positive for the virus shortly before a game.

Gobert never actually reached the arena, but he had obviously been in close contact with each of his teammates and coaches, and so the game between the Jazz and the Oklahoma City Thunder was postponed. Meanwhile, the Dallas Mavericks and Denver Nuggets finished their game as word came down that the NBA season had been suspended until further notice. The final game of the night, between the New Orleans Pelicans and Sacramento Kings, was postponed just moments before the players were expected to take the floor.

Cut to Thursday, and right before several major college basketball conference tournament games were set to tip off, each and every one was canceled. The ACC, Big 12, Big 10, Pac-12 and the SEC announced on Thursday that they would be canceling their tournaments, even though some games had already been played. The conferences followed up with announcements that all sports competitions would be canceled until further notice.

Breaking: The following conferences have canceled their men's basketball tournaments because of the coronavirus.

At that point, it was clear that any official gathering scheduled to take place within the next month would be a risk that the NCAA and the participating colleges wouldn’t be willing to take. And so on Thursday afternoon, NCAA Director of Communications Stacey Osburn said the following in a news release:

Today, NCAA President Mark Emmert and the Board of Governors canceled the Division I men’s and women’s 2020 basketball tournaments, as well as all remaining winter and spring NCAA championships. This decision is based on the evolving COVID-19 public health threat, our ability to ensure the events do not contribute to spread of the pandemic, and the impracticality of hosting such events at any time during this academic year given ongoing decisions by other entities.

For all intents and purposes, professional and college sports are over for at least the remainder of the month.