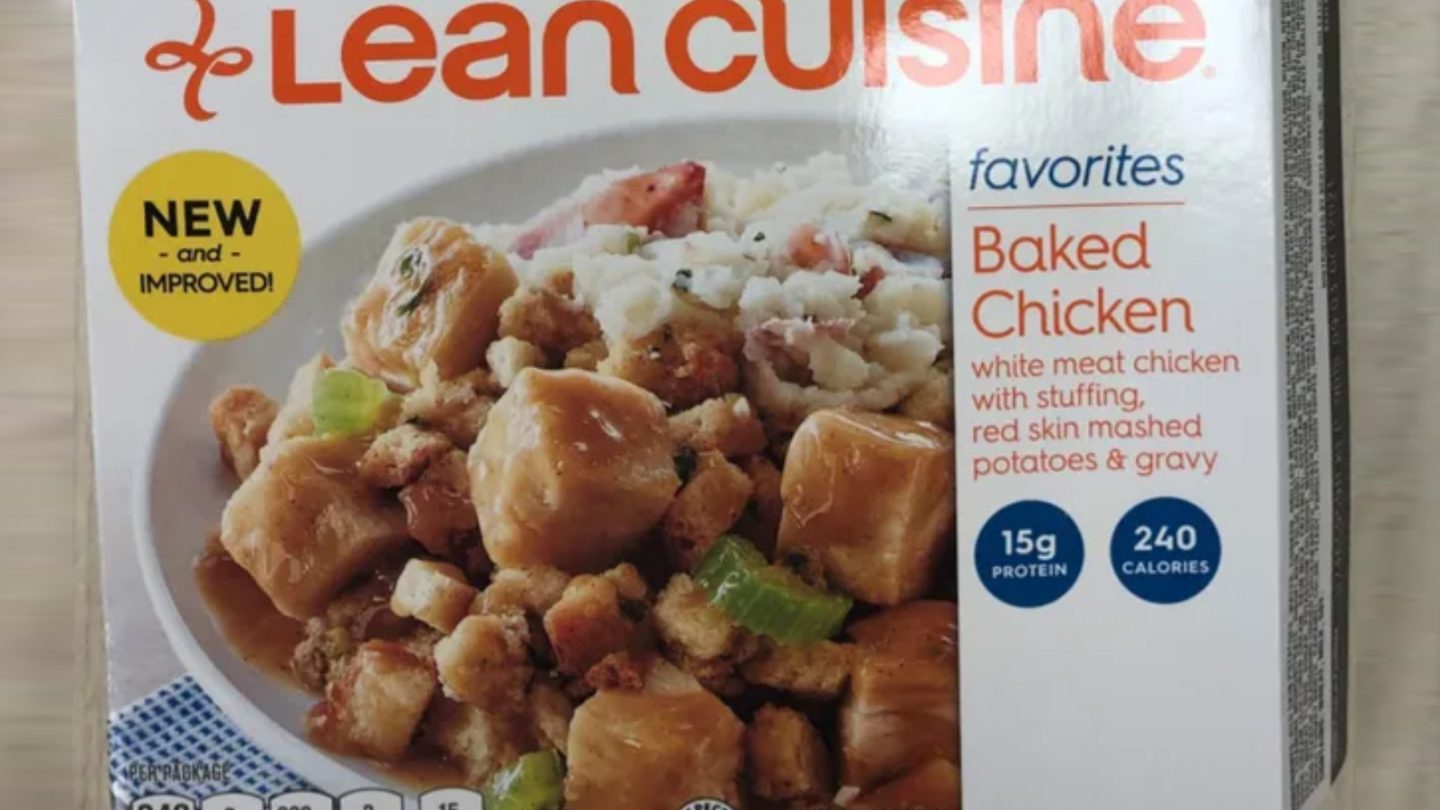 If you regularly stock your freezer with Lean Cuisine meals you’re probably short on time when lunch or dinner comes along and you’re trying to eat something relatively healthy. You should give yourself credit for that because it’s important, but if you happen to have a certain kind of Lean Cuisine in your freezer you’re going to want to rethink things a bit.

In a new recall by the USDA’s Food Safety and Inspection Service, Lean Cuisine Baked Chicken meals are being highlighted as potentially dangerous due to the presence of foreign matter. The meals may contain bits of broken plastic from a conveyor that was used during the production process.

The meals, which also include stuffing, red skin mashed potatoes, and gravy, were from lot 0246595911 and establishment number EST. P-9018, and you can find those numbers stamped on the box. The meals have a “Best Before” date of October 2021, and since they’re made to be frozen and kept for months, there’s a good chance there’s a lot of these meals sitting in home freezers around the country.

The problem was discovered on December 18, 2020, by the firm, after receiving five consumer complaints involving hard white plastic found in the product. The firm believes the mashed potatoes used in the production of the baked chicken meals products had pieces of a plastic conveyor belt that broke during production.

The good news is that the problem was apparently discovered by the manufacturer and there have been “no reports of injury or illness from the consumption of these products.” Nevertheless, meals that might be littered with broken (and maybe even sharp) white plastic chunks are bad news, and the recall had to be issued.

The USDA considers this a Class 1 recall, which is the most serious of the three recall classes. The group defines a Class 1 recall as “a health hazard situation where there is a reasonable probability that the use of the product will cause serious, adverse health consequences or death.” Now, it’s unlikely that biting into (or even swallowing) some plastic will cause death, but it’s still a serious situation.

If you’re a Lean Cuisine fan and regularly stock your freezer with the meals, go ahead and check to see if you have one or more of the recalled meals. If you do, you should absolutely not eat it, and either throw it away or return it to the store where you purchased it for a refund.