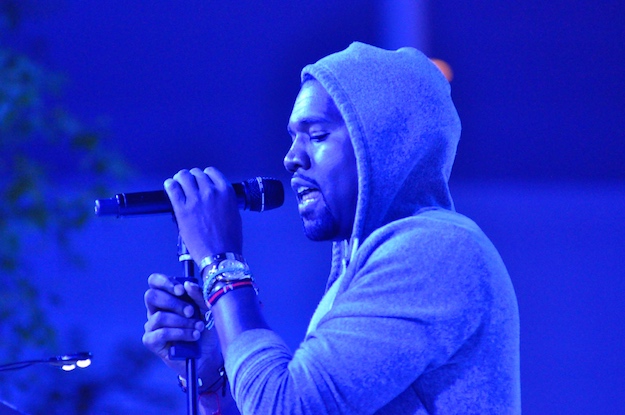 Dr. Michael Farzam was calm and collected as he spoke to a 911 dispatcher in late November from inside Kanye West’s home. Recently released audio of the 911 call suggests that his demeanor was in stark contrast to that of his patient shortly ahead of his hospitalization. While the exact reason for West’s hospitalization last month remains unknown, Dr. Farzam can be heard expressing concerns for West’s mental health. The doctor even went as far as to request police backup for the paramedics, seemingly out of fear that emergency medical personnel would be ill-equipped to handle West in his state at the time.

Portions of the 911 call that sent the rapper to the hospital were released this week. The call, placed on November 21st by a man TMZ has identified as West’s personal physician, suggests that the high-profile artist may have been having a serious episode. “I request if we can have some police backup because… I don’t think that paramedics… you know,” Farzam can be heard saying.

Farzam continued, later in the call, “He’s definitely going to need to be hospitalized. I wouldn’t just do the police by itself.”

An unidentified source said to be close to West and his wife, reality star Kim Kardashian, told People that West is now home with his family. “Kanye is at home with Kim and the kids. He seems okay and happy to be home. Kim’s family is visiting,” the person said. “Kanye will continue to receive treatment and help with how to cope with stress. He needs to learn how to better balance his work and family life.”

Portions of the 911 call can be heard in the embedded video below. According to police, parts of the call have been redacted in order to prevent the disclosure of confidential information pertaining to West’s health information.