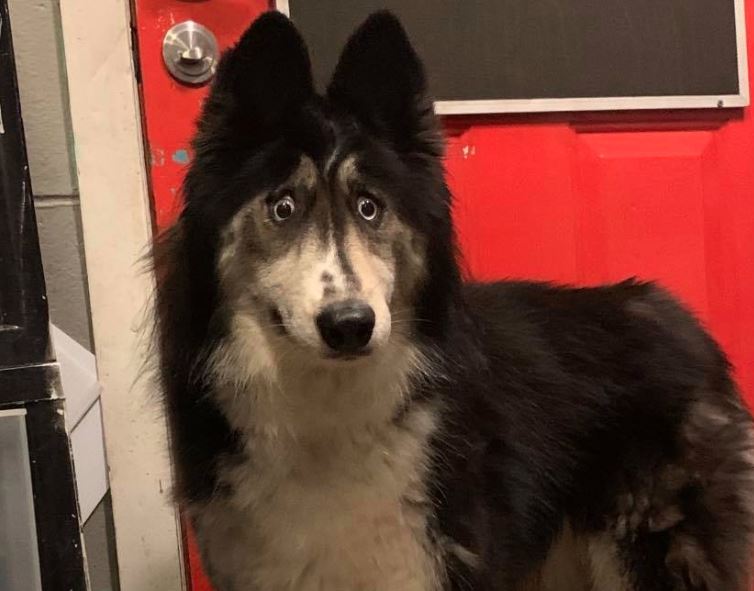 When a four-year-old husky named Jubilee was surrendered to New Jersey’s Husky House earlier this month, the breeder who brought her in said they couldn’t find a buyer for the pup because, well, she was “weird-looking.” All it took was one Facebook post to turn that claim on its head, and Jubilee now not only has found her forever home but has thousands of adoring fans to boot.

A vet check revealed Jubilee to be physically normal and in good health. Her one aesthetic quirk is that her eyes have something of a permanent “surprised” look about them. She’s most certainly unique, but that hasn’t stopped her from getting all the love she deserves, and then some.

As is so often the case when a pet with an odd look pops up for adoption on the internet, pet lovers went wild for Jubilee. Husky House saw such an influx of interest from would-be adopters that their website began to buckle under the pressure. The rescue even had to add a note to their original post explaining that they can’t do long-distance adoptions, presumably because people from around the country were begging for the chance to adopt Jubilee.

Jubilee’s “weird” eyes don’t stop her from enjoying all the same things other dogs do, and while she’s apparently not great with cats, she gets along with other dogs just fine.

As you might imagine, it didn’t take long for someone to jump at the opportunity to welcome Jubilee into their home, and Husky House says that she has since been adopted by a trusted family that has adopted from the rescue before. She’ll now get all the attention she deserves, and if her new owners decide to start an Instagram page for her, she’ll be an instant superstar.