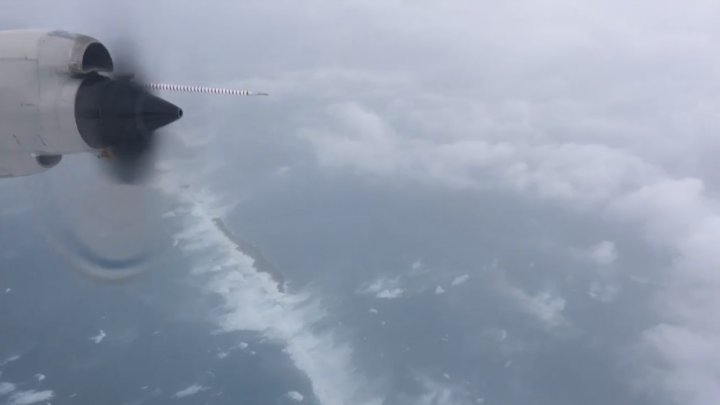 Typically we’d say something along the lines of “don’t try this at home” when sharing videos like these, but I have a feeling we’re not going to need to do that this time. Yesterday, as category 3 Hurricane Matthew approached Florida, the National Oceanic and Atmospheric Administration’s Hurricane Hunters decided to get a closer look. And by closer, I mean much, much closer.

DON’T MISS: An up-close and personal look at a Galaxy Note 7 as it explodes

Jim Van Fleet, the chief meteorologist for Tampa’s local CBS affiliate, shared several videos on Twitter yesterday documenting his flight through the eye of the hurricane earlier this week. They’re thrilling, but not nearly as terrifying as you might expect. We’ve collected a few of the best clips below:

Flying through #Eye of #Matthew 5 times. Can see eye on Radar, finally see out window about 1:30 in. @NOAA_HurrHunter @CBSNews @spann #flwx pic.twitter.com/GiwvM653Mv

I can’t imagine that anyone needed any more proof that Florida Governor Rick Scott’s pleas for people to evacuate weren’t hyperbolic, but seeing the storm up close might convince the holdouts (providing there’s still time).

Either way, we’ll be sure to keep our readers updated throughout the day on any news regarding Matthew. If you’re in its path, stay alert and don’t take any chances.