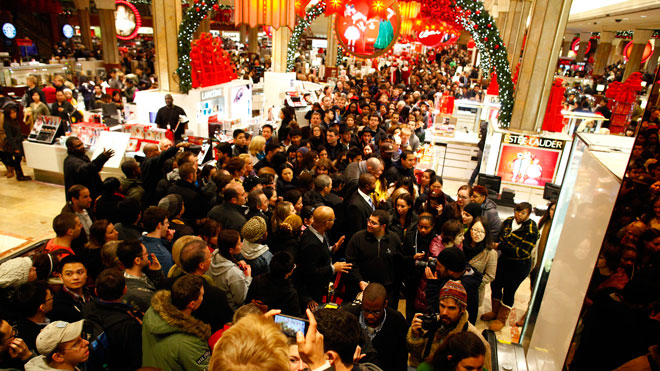 Everybody loves free stuff, but free stuff is hard to come by. Most retailers and suppliers actually want you to pay for their goods and services, believe it or not, but every once in a while, a promotion will come along with free stuff in store.

Earlier this month, Money went to the trouble of making a list of all the days throughout the year that you are guaranteed to get free things from your favorite stores, and it’s quite a sight to behold.

You’ll have to check out Money for the full list, but we pick out six highlights (one for every month left in 2016) just to give you a taste of what’s on offer:

National Ice Cream Day: Third Sunday in July
Look for special ice cream deals and giveaways from stores like Friendly’s and Baskin-Robbins on the third “Sundae” of July every year (July 17 in 2016).

National Coffee Day: September 29
Perk up with free or heavily discounted coffee at participating donut chains, convenience stores, and coffee shops every year on National Coffee Day—which is a Thursday in 2016.

Halloween: October 31
You know that candy is free, at least for kids going door-to-door in costumes. But Halloween has also become a day for scary good deals, with specials like free kids’ meals, deeply discounted “boo-ritos,” and free donuts, typically available only for customers wearing Halloween costumes.

Black Friday: Friday after Thanksgiving
In addition to doorbuster deals, Black Friday is known for occasionalfreebies like free coffee and donuts, and even free pet adoption. For those who want to escape the mall crowds, lots of state parks have free admission on Black Friday.

Free Shipping Day: December 18
Though free shipping for online purchases isn’t particularly hard to come by—L.L. Bean shoppers and Amazon Prime members get it year-round, andBest Buy and Target had free delivery throughout the holidays last year—around 1,000 online retailers offer free, no-minimum-purchase-required shipping on Free Shipping Day, with delivery guaranteed by December 24. As a bonus, many stores host special sales and discounts timed to coincide with Free Shipping Day, so the deals can truly be worthwhile.

Be sure to check out the full list of 43(!) free events on Money.com.