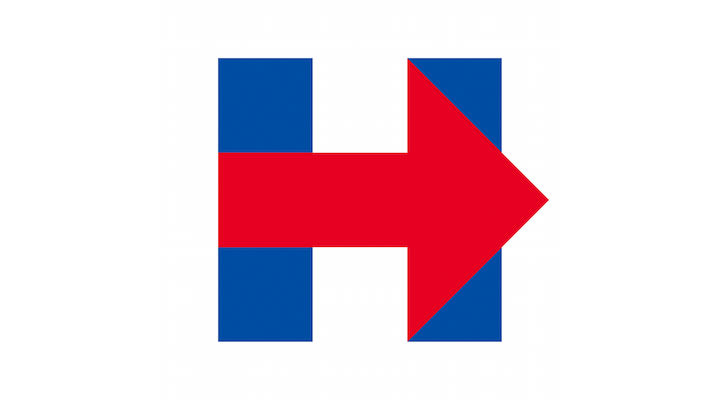 Virtually every smartphone maker has been accused of copying Apple’s design at some point or another, but now you can make a bizarre addition to the list of Jobs imitators: the Clinton campaign.

In emails published by WikiLeaks and spotted by Business Insider, a marketing executive for the campaign in 2015 described the thought process behind the Clinton logo, drawing heavily from Apple’s previous work.

Marketing exec Wendy Clark described how even though Clinton’s logo is basically just meaningless fuzz, it would come to be associated with all her policies and positions, and not just be a question on a trivia game show 8 years from now.

“Similarly, Apple, the world’s most valuable brand, launched with their rainbow apple mark in 1976. It simply stood for creativity, thinking differently. Their repeated, consistent use of the mark along with some of the world’s most creative advertising has imbued that bitten apple logo with meaning but no one would look at that mark standalone and say it means Apple is the leader in human-centered designed, electronic devices with a vision for the future,” Clark said.

“We want to create a visual representation for Secretary Clinton that is equally as compelling, interesting, exciting and inviting as Obama’s mark was eight years ago. And to use techniques that some of the best brands have done and continue to do around the world,” she continued.

Reading between the lines, she’s explaining that although the “window” logo doesn’t have any more meaning than being a big H, by associating it with positive-sounding things, the Clinton campaign can make it mean whatever it wants.

Good thing no-one thought it looked like a 9/11 re-enactment!