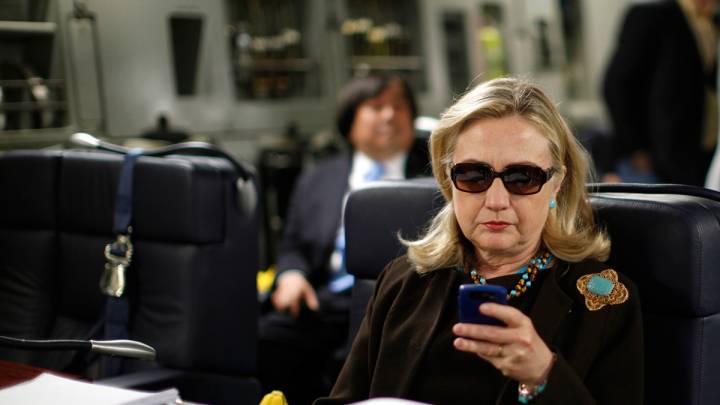 According to a report in the Washington Post, Russian government-sponsored hackers have penetrated the computer network of the Democratic National Committee. Rather than stealing user data, they appear to have made off with the Dem’s opposition research on Trump, among other things.

The report says that this is just one of a number of intrusions into American political organizations, including attacks specifically against Trump and Clinton’s campaigns.

The details of the account sound rather chilling. Unnamed security officials told the Post that the DNC’s systems have been thoroughly compromised for a year. In addition to accessing the DNC’s files on Trump, hackers were also able to read email and chat history from the organization.

Although Russia (surprise!) denied the breach, the data stolen points firmly to a state-sponsored hacking attack. None of the financial or donor information appeared to have been touched, and those email lists and financial information would be invaluable for hackers motivated by money.

Hacking top-level politicians is an obvious move for Russia. Having access to carefully-researched dirt on the future President of the United States could give Russia all sorts of advantages in a potential negotiation.

Of course, this isn’t the first time that Hillary Clinton, Russia and hacking have been mentioned in the same sentence. One of the longest-running rumors surrounding Clinton’s email server was that at least one hacker found access to her emails, and those emails are allegedly now in the possession of Russian intelligence organizations. Clinton’s campaign can’t be held responsible for a security breach at the DNC, but let’s just say it doesn’t put her cyber-security in the best light.