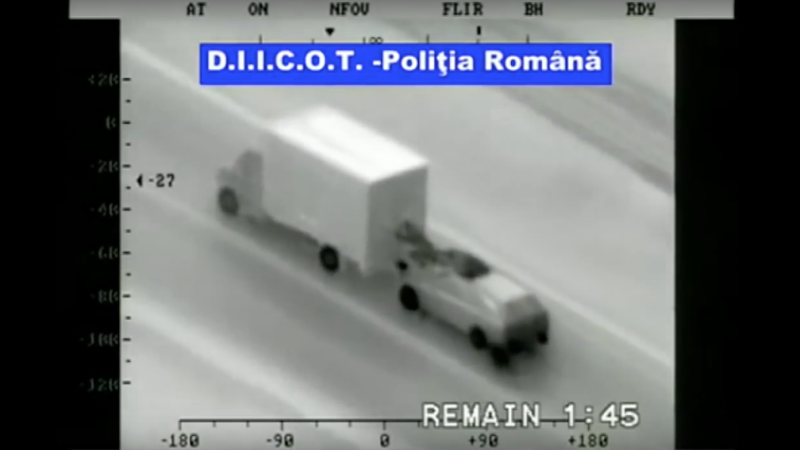 Police have arrested a group of Romanian stunt thieves/up-and-coming Oceans scriptwriters in a hideout in the Netherlands. Dutch police found $590,000 worth of iPhones that they claim were stolen off the back of a moving truck while it was going down a highway.

The iPhone robbery wasn’t a one-off, either. Stealing products from the back of a vehicle in motion is popular enough that it’s known as the “Romanian method,” and the gang arrested by Dutch police was responsible for 17 heists all by itself.

The move was capture in action by Romanian police way back in 2012. It’s simple, if terrifying: a car comes up behind the truck at night, and parks itself right off the rear bumper. Two robbers squeeze out through the sunroof. One lies on the bonnet and cracks the truck’s lock, while the other holds his legs and reconsiders life decisions.

The video only shows the door cracking part of the heist, as it appears the thieves bailed out after breaking the doors open in that case. In the case of the iPhone theft, the robbers would have to transfer all the products out the back and into the car behind, which is a special kind of co-ordination. Media reports that the same method has been used to steal TVs, which would really be something to see.

To add intrigue to mystery, the Romanian gang was captured in a hideout in the Dutch village of Otterlo. The town’s claim to fame is the Kröller-Müller Museum, which houses a sizable Van Gogh collection. Perhaps they were planning a move?