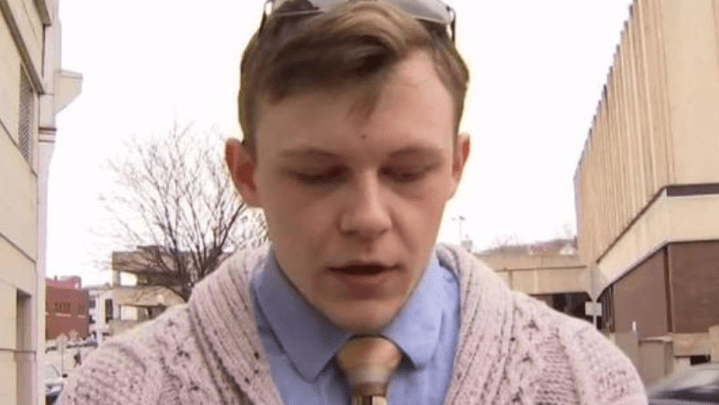 If you’re a high school student, having a substitute teacher for the day typically means you’ll be watching a boring video for the length of the class or doing some other kind of meaningless busywork, but students of substitute math teacher named Ryan Fish were treated to something entirely different. Fish, who was a substitute at Montville High in Montville, CT, allowed students to turn his classroom into a “fight club” of sorts, encouraging violent confrontations between students during class.

According to local news reports, Fish supervised fights between students in his classes, allowing them to slap and punch each other. Fish also cleared space in the classroom for students to carry out their fights, and at times encouraged them. Police learned of the bizarre situation after four students came forward and revealed what was actually going on when Fish was a substitute.

“I would let them be teenagers and let them get their energy out,” Fish told police when asked about the allegations. However, upon learning just how much trouble he was in, he appeared remorseful. “The truth is I’m an idiot and wanted to befriend them. I’m immature. I would say I feel horrible about what happened to be honest. I didn’t think it was ok, I didn’t know what else to do.”

Not surprisingly, students with smartphones recorded many of the fights and then posted them to social media, which obviously brought plenty of attention to Fish’s bizarre “teaching” style. Fish, who is just 23 years old, could be seen in the background of the videos observing the fights as they unfolded. He was eventually fired after administration discovered what was happening in his classroom. Eventually the concerns made their way up to the superintendent, who promptly dismissed Fish.

The incidents occurred in October of 2017, and police began investigating the claims in the following December. The charges stemming from the high school fight club include four counts of reckless endangerment, two counts of risk of injury to a minor, as well as a charge for “breach of peace.”