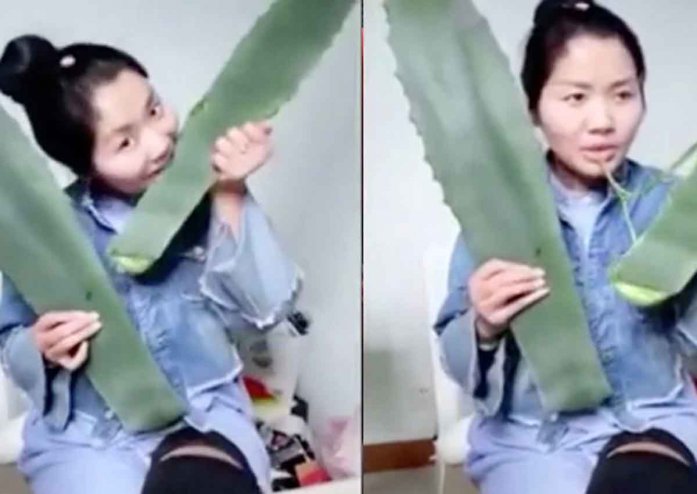 In the fascinating world of second-tier YouTube health vlogging, chemicals bad and plants good. Only, that doesn’t work so well when the plant in question is Agave Americana, a Mexico-dwelling poisonous plant that can easily kill a human.

A Chinese vlogger known as “Zhang” thought that eating a giant aloe vera leaf on camera would be her key to success. She fired up a livestream with two large leaves, both of which looked close to aloe vera, which is known for its medicinal properties (although eating the plant raw still isn’t a good idea).

Unfortunately, Zhang had two leaves from Agave Americana, which looks similar but is far more deadly. She takes one bite, and immediately remarks how bitter and awful it takes. She abandoned the livestream almost immediately and went to hospital. Later, she said that her mouth was “numb” and her throat was “on fire.”

Doctors treated her for severe rashes and blisters and pumped her stomach to remove any trace of the plant.

There’s a few things we can take away from this: livestreaming is bad, eating strange plants you found on the internet is a terrible idea, and when alternative medicine screws up, at least the hospital will still be there to save you.