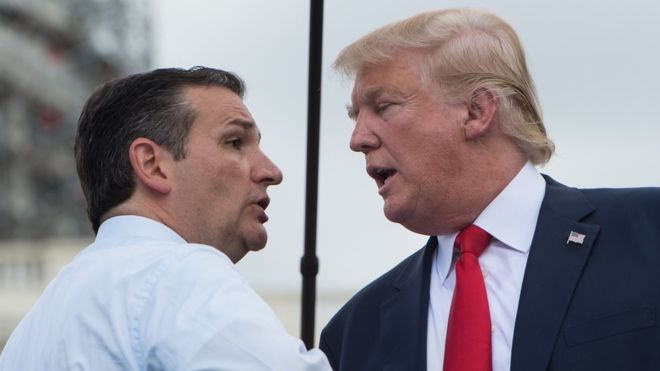 Although the presidential primary debates are over for now, that doesn’t mean we’ve escaped the madness of this political cycle altogether. Tonight at 8 p.m. ET, CNN will host a GOP town hall in Milwaukee, Wisconsin, where Donald Trump, Ted Cruz and John Kasich are all expected to answer questions from the audience.

DON’T MISS: Apple promises to fix the most annoying bug in iOS 9.3 ‘soon’

There are a few major storylines that could make this an especially explosive event, perhaps most notably the ongoing battle between Trump and Cruz involving their wives. As CNN explains it, Donald Trump became frustrated with Cruz when Melania Trump appeared in an attack ad from an unaffiliated super PAC.

Before any of these retaliatory remarks appeared, Cruz had attempted to talk Donald down, explaining that he had nothing to do with the ad nor did he support its message. But true to form, Trump went straight to personal attacks.

Following those attacks, Cruz said in an interview that he’s “not in the habit of supporting people who attack my wife and attack my family,” making it sound like he would not support Trump as the presidential candidate.

Needless to say, there’s likely to be a great deal of drama. The two won’t appear on stage together, but expect plenty of barbs back and forth when answering questions.

On the other hand, there’s a chance Trump won’t show:

If you want to watch the town hall live, you can do so by tuning into CNN, directing your Web browser to CNN.com or signing in with a cable subscription on the CNNgo app. Once again, the town hall starts at 5 p.m. PT / 8 p.m. ET.