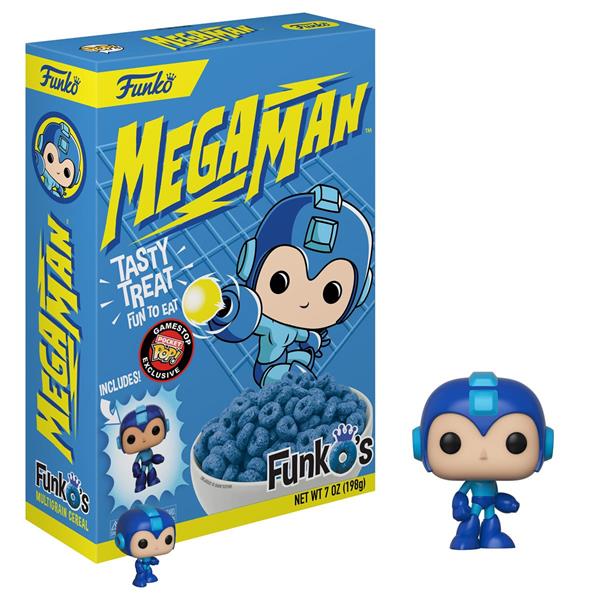 After turning basically every pop culture figure and character you can think of into a collectible, now breakfast cereal is next in line to get Funko’d.

The pop culture collectibles maker is bringing its resources to bear on turning the milk in your cereal bowl into assorted shades of color and giving you cool prizes to dig in and root around in the cereal box for. The company’s new FunkO’s cereal line will launch starting this month and feature more than 40 pop culture figures including characters from The Lord of The Rings, Beetlejuice, IT, Mega Man and lots more.

Each cereal box will come with a miniature Pocket Pop! figure and will sell for a suggested retail price of $7.99 per box.

“We are thrilled to bring our stylized designs and inventive products to the cereal aisle this year and bring the fun back to breakfast,” Funko CEO Brian Mariotti said in a release. “Given our diversity of licenses, this launch is another example of how we are able to drive fan engagement and consumer demand for our brand in creative and distinctively Funko ways.”

The rollout of the cereal line extends into August, but here’s what Funko’s got coming in July, and where:

Mega Man FunkO’s will be exclusively carried at GameStop in July. Each box of the blue cereal will include a Mega Man Pocket Pop! inside.

Cuphead & Mugman FunkO’s will be available exclusively at Hot Topic, and each box of the red cereal will come with a Mughead Pocket Pop! inside.

Retro Freddy FunkO’s will be carried by Funko.com, and each box will come with a Freddy Funko Pocket Pop.

The retailer f.y.e will carry a couple of related cereals from the company — A Nightmare on Elm Street’s Freddy Krueger FunkO’s and Friday The 13th’s Jason Voorhees FunkO’s, both of which come with respective Pocket Pop! figures. Finally, BoxLunch will be the exclusive carrier for The Lord of The Rings FunkO’s, a green cereal with a “precious” Gollum Pocket Pop! inside.

No word on why the company is spreading out the cereals across a multitude of retailers, because surely putting them in a convenient single grocery store location would be too boring. Meanwhile, a new wave of FunkO’s-branded cereal will start hitting new retail shelves in August, featuring characters like Batman and Batgirl.

We’ll see how the cereals perform, but the new line seems like an interesting way to plant the Funko brand even deeper into the zeitgeist. And if you want to ingratiate yourself with kids from an early age, connecting with them at the breakfast table certainly seems as good a move as any.