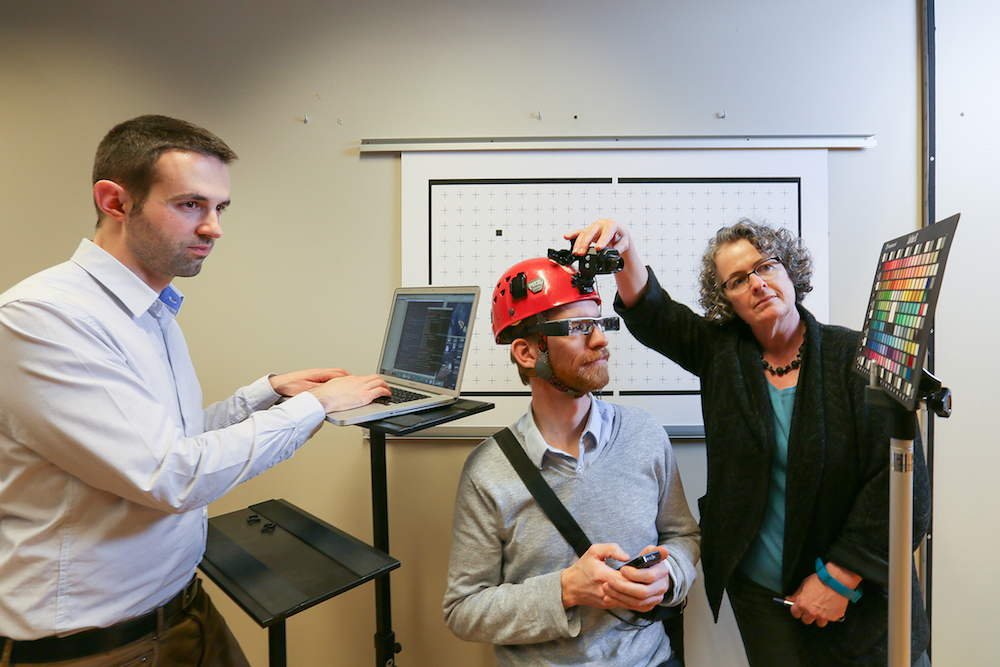 Augmented reality might factor in to the future of firefighting.

This week, a team from the École polytechnique fédérale de Lausanne (EPFL), a research institute in Switzerland, revealed the smart visor they have been working on that will help firefighters see through smoke and darkness while simultaneously freeing up their hands and allowing them to do their jobs with less constraints.

SEE ALSO: If the future of virtual reality looks like this, we’re all doomed

Firefighters are not only loaded down with protective gear weighing around 50 pounds when they enter a burning building, they’re also usually carrying a massive hose to fight the flames and a thermal imaging camera to see their surroundings through all of the chaos.

“They really count on the thermal imaging camera, but it gets in the way and forces them to interrupt their search if they want to analyze a room,” said Adrien Birbaumer and Martijn Bosch, the men behind the VIZIR project.

There’s not much anyone can do about the hose, but the camera was in dire need of an upgrade. So Birbaumer and Bosch put a small infrared camera on the firefighter’s helmet and incorporated a transparent screen on the oxygen mask.

“At first it’s hard to know what you’re seeing, if it’s the real thing or not, but you get used to it surprisingly fast and can easily handle the two overlapping views,” says Jean-Marc Pittet, who is in charge of training firefighters in Vaud Canton as well as conducting tests with the new smart visor.

You can see the VIZIR project in action in the video below: