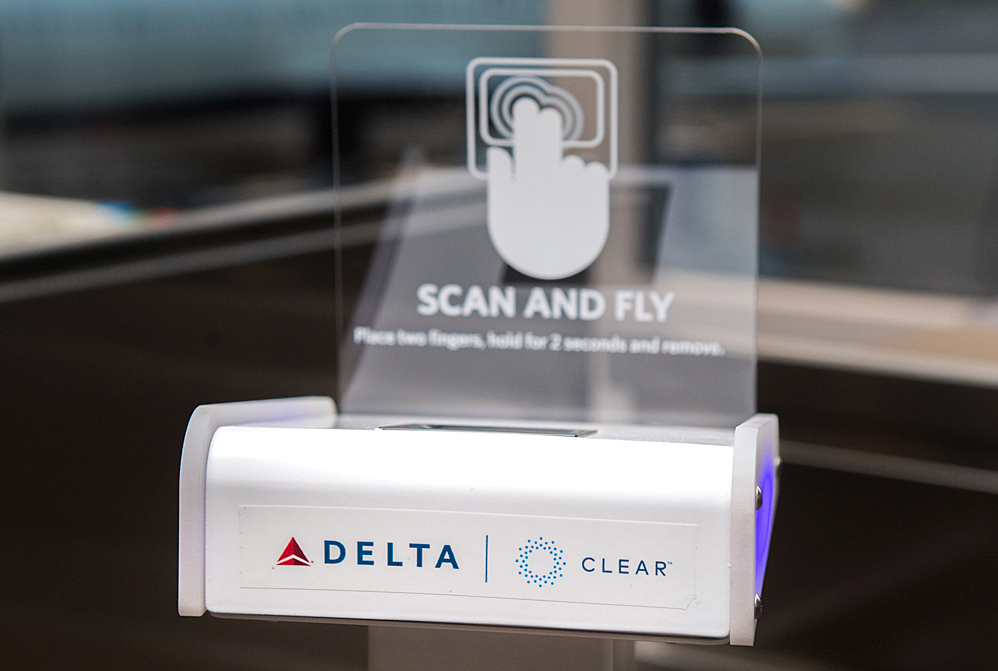 Your fingerprint already serves as the key that unlocks your smartphone — and possibly also your laptop, tablet, and other gadgets — and now you can use it as your boarding pass, too. That is, as long as you fly Delta. The airline is in the midst of launching a new feature for its SkyMiles loyalty club members that lets you ditch the paper pass and bar codes and use your fingerprint as proof of your identity.

The new system uses small kiosks that scans two fingers in place of a traditional boarding pass, and sends passengers on their way quicker than just about anything. However, while the new biometric ID option is slick, it comes at a cost. In order to use the feature, passengers must be enrolled both in Delta’s Sky Club, as well as the CLEAR airport security program, the latter of which will set you back a cool $179 per year.

“It’s a win-win program,” Delta’s COO said in a statement. “Biometric verification has a higher level of accuracy than paper boarding passes and gives agents more time to assist customers with seat changes and other skilled tasks instead of having to scan individual tickets – and customers have less to keep track of as they travel through the airport.”

The company is also planning on looping the fingerprint scanning into its luggage checking process as well, allowing passengers to check their bags with their biometric identity. At the moment, the biometric scanning is currently only available at the Reagan Washington National Airport.