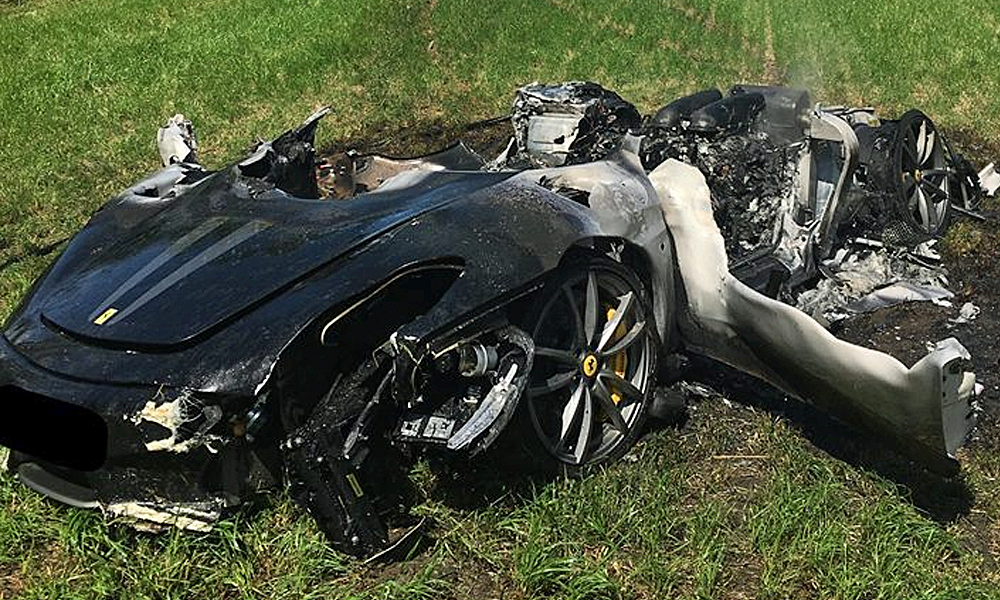 The Ferrari F430 Scuderia is a ridiculously rare car, even for a Ferrari. The company manufactured less than 500 of them, which means actually getting your hands on one is not only extremely difficult, but also incredibly expensive. It originally retailed for $288,000, so when a lucky UK man bought one of the cherished sports cars yesterday and then took it out for a spin, you have to imagine he was glowing with pride. Today, he probably feels quite a bit different, after losing control of the speedy vehicle and completely destroying it within an hour of picking it up. Ouch.

“Officers were deployed to a single vehicle collision with reports that the vehicle had left the carriageway and burst in to flames,” a Facebook post from the South Yorkshire Police reads. “Road conditions were wet at the time and as officers arrived on scene it became clear there was a vehicle well alight and colleagues from South Yorkshire Fire & Rescue were in attendance squirting water all over some kind of sporty motor some 50 or so meters down a banking… As we are an inquisitive bunch we found the driver and were amazed to see he only had minor cuts and bruises!”

The driver, whose pride and pocketbook are likely the most damaged by the incident, drove the vehicle for less than an hour before crashing. Despite the supercar’s impressive performance specs — including over 500 horsepower and a 0-to-60 mph time of just 3.3 seconds — officials don’t believe excessive speed was a factor in the unfortunate wreck.