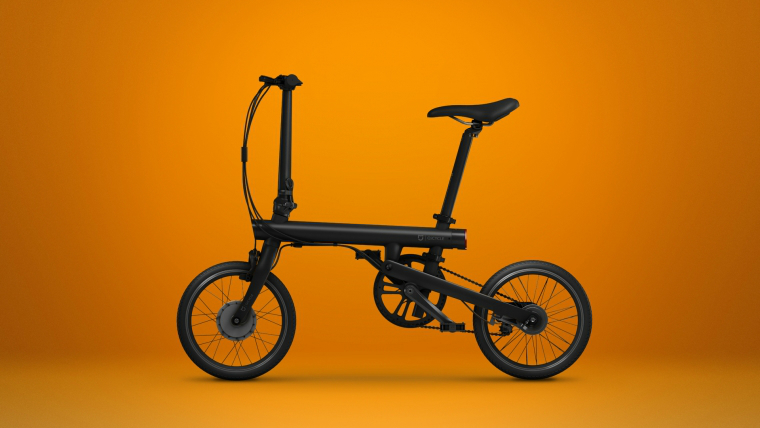 Look at that thing. It’s hideous. But it’s also very affordable and smarter than its peers. We’re talking about the Mi QiCycle Electric Folding Bike that’s going to cost around $455 when it launches in China.

Xiaomi is mostly known for making affordable mobile devices that are inspired by Apple’s line of products, and it’s seen phenomenal success so far. But the company has plenty of other interests, one of them being electric bikes. That really shouldn’t surprise you considering bikes are extremely popular in China, especially electric models that can assist with pedaling.

Xiaomi’s e-bike is good for 45km (28 miles) on a charge, The Verge reports. The 250-watt motor does the heavy lifting, powered by 20 2,900 mAh Panasonic batteries and a smart energy management app. The bike can reach a top speed of 20km/h (12.4 mph). Furthermore, the bike comes with a companion app that can track several things, including distance and speed, but also offer GPS support and calorie tracking.

The Mi QiCycle features Shimano three-speed gears that should come in handy whenever you feel like doing some old school pedaling.

The explanation for the unappealing design is rather simple. Not only does the bike’s frame have to house a battery, but the bike itself has to be foldable so that it can be easily stowed away. The whole thing is pretty compact, weighing about 14.5kg (32 pounds).

Xiaomi also has a more expensive bike for you, made by a startup called iRiding that the company has invested in. The QiCycle R1 non-foldable electric bike costs around $3,000. iRiding is also suspected to be behind Xiaomi’s newer Electric Folding Bike model.