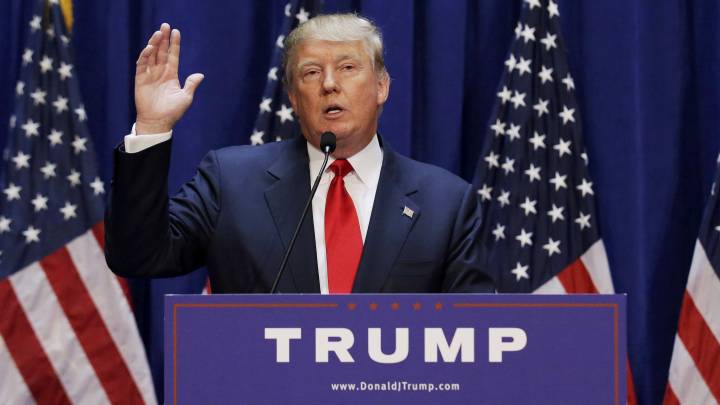 If there’s one thing Republican presidential candidate and all-around nice guy Donald Trump has been good at during his media blitz, it has been taking any and every opportunity to attack rivals from the Democratic and Republican parties alike. Trump doesn’t pull any punches, launching barrages of insults and criticisms at every turn, regardless of whether they’re rooted in reality or in the bizarre alternate universe where Trump spends most of his time.

So now, let’s all take a moment out of our busy New Year’s Eve schedules to enjoy the latest attack Trump launched on current president Barack Obama.

MUST SEE: This site lets you see your best nine Instagram pics of 2015 – and anyone else’s best nine

In a video captioned “We need a real president” posted to Donald Trump’s Instagram account, the presidential hopeful suggests that Obama is doing nothing to combat the recent rise in terrorist attacks. “We are in a serious war,” the video begins, and it goes on to display snippets from reports covering ISIS, the Paris attacks and the San Bernardino mass shooting.

Then the screen fades to black displays the message, “Our president is busy with another war,” which leads into a clip of the President saying, “OK everybody, I gotta get to ‘Star Wars.'”

Oh and by the way, that Obama clip is from just before a December 18th screening of Star Wars: The Force Awakens that Obama attended. The President and First Lady hosted the screening at the White House for families of American soldiers who were killed in combat.