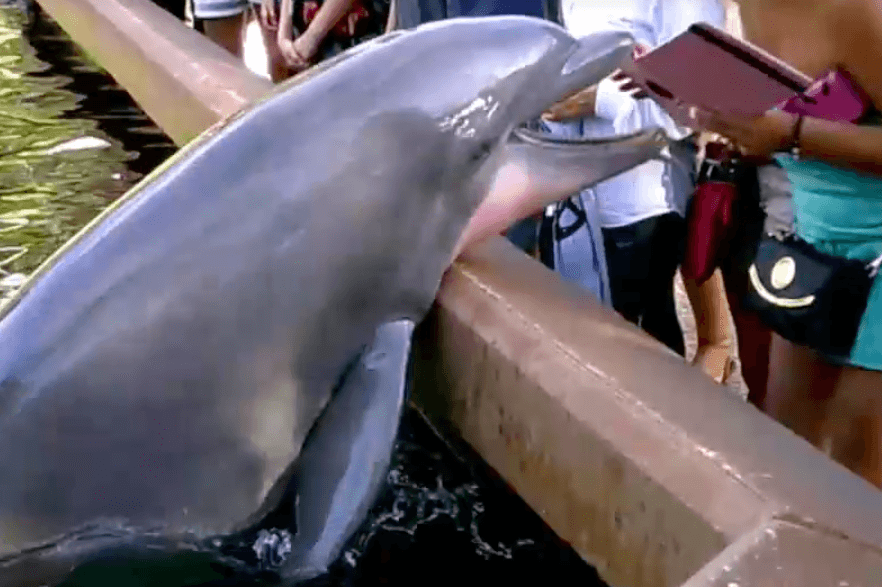 The iPad has a camera, but that doesn’t mean you should take it places and use it like a camera. In fact, if you do that, you are an objectively awful human being. But don’t just take my word for it: this dolphin, a member of another highly intelligent species, clearly agrees.

This golden moment was captured on film at SeaWorld Orlando, made infamous by 2013 documentary Blackfish. Fox 11 has the full clip, captured by SeaWorld season pass holder (yep, that’s a thing!)  Kuadiel Gomez.

In the video, a tourist with an iPad in a hideous pink case was trying to take a photo of the cute dolphin sticking its head out of the water. As you’d expect, the dolphin didn’t like this, and stole the iPad straight out of the woman’s hands. She managed to retrieve it, but not before it had taken a good swim.

The iPad owner/technological criminal slinks away about as quickly as you’d expect, while the dolphins take a little time to showboat. It doesn’t seem like anyone was harmed in the making of this fine piece of comedy, apart from the iPad’s pride.

A SeaWorld employee summed it up best, saying “as you can see, the dolphins can reach your loose items.” Maybe, just maybe, this will teach people to leave the tablets at home next time