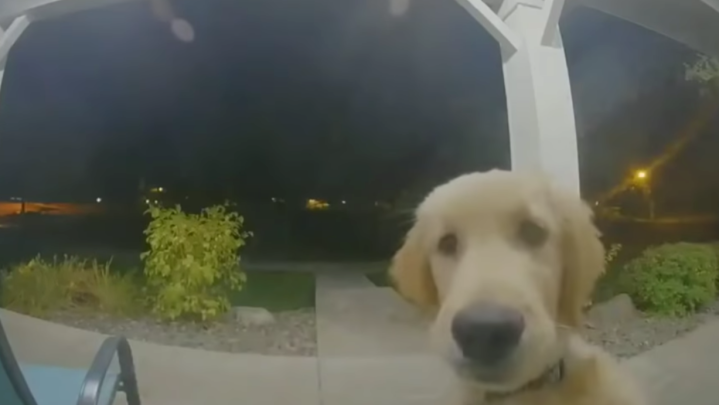 If you go through the trouble of installing something like a video doorbell it’s probably because you want to do human things, like see when guests arrive or check whether UPS delivered your Amazon order yet. Marshall, a dog, had very little interest in any of that, but his owners’ Nest doorbell offered him a helping hand anyway.

In a video that can only be described as utterly adorable, Marshall can be seen doing his best to operate complex human technology to alert owner Greg Basel of his plight. Amazingly it worked just fine, and the pup was rescued from his front porch retreat.

Marshall reportedly found himself in the sticky situation after accidentally locking himself out of his own house. The report doesn’t explain how that happened, but needless to say Marshall would much rather have been inside, so he did what any human would do by heading to the front door.

In a video shared by ABC 13, a local affiliate, Marhsall can be seen pawing at the door and Nest doorbell, even giving the doorbell what appears to be a friendly nose boop. The report doesn’t say exactly what alerted his owner to the fact that he was outside, but it’s clear the combination of pawing and slapping the doorbell had the intended effect.

It’s kind of amazing to see the canine’s gears spin as he tries to figure out how his human handlers use the door. He taps the doorbell, boops it, and does a bit of pawing, all while standing on his hind legs. Eventually he stops and goes back to all fours, at which point we assume the door was being opened to let him back inside.

The good news is that Marshall made it back inside just fine, and it sounds like Nest might want to branch out into even more pet-friendly smart home gear.