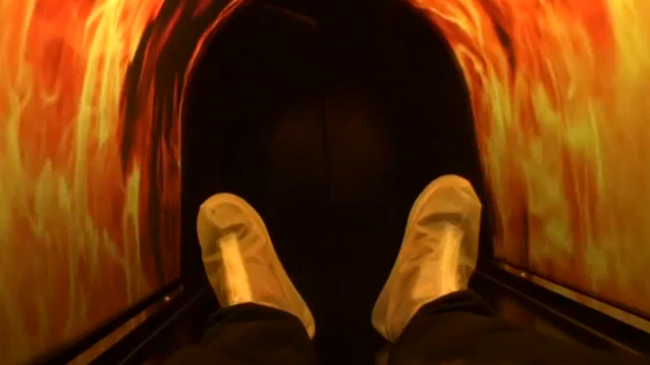 Having spent much the past several days immersed in virtual reality, I understand the appeal of out-of-the-box experiences, but this one might be too much for me. Earlier this week, Reuters reported on an attraction in Shanghai called Xinglai, which gives people a chance to experience a simulation of death.

DON’T MISS: 5 games that convinced me PlayStation VR is going to be a hit this fall

According to the report, visitors are first asked to think of a life-or-death scenario. They then have to choose whether or not they would sacrifice themselves or put someone else in harm’s way in order to save themselves and provide an explanation. Whichever participant gives the least convincing explanation “dies.”

Dying, in this case, involves laying down on a conveyer belt, riding through a dark tunnel that simulates cremation and then being “reborn” out the other side through a latex womb.

“It gives you the chance to calm down, give in to some deeper thoughts and think about some of life’s problems,” said Lu Siwei, one of the first participants. “I think this (feeling) is different. When you walk through that door, you will experience changes in your mentality, and it will be different from what it was before you entered. I think this is really great, and very worthwhile.”

A ticket to attend the experience is said to cost the equivalent of $68. The creators of Xinglai hope that participants will gain a new perspective.

Here’s a video of the death simulator in action: