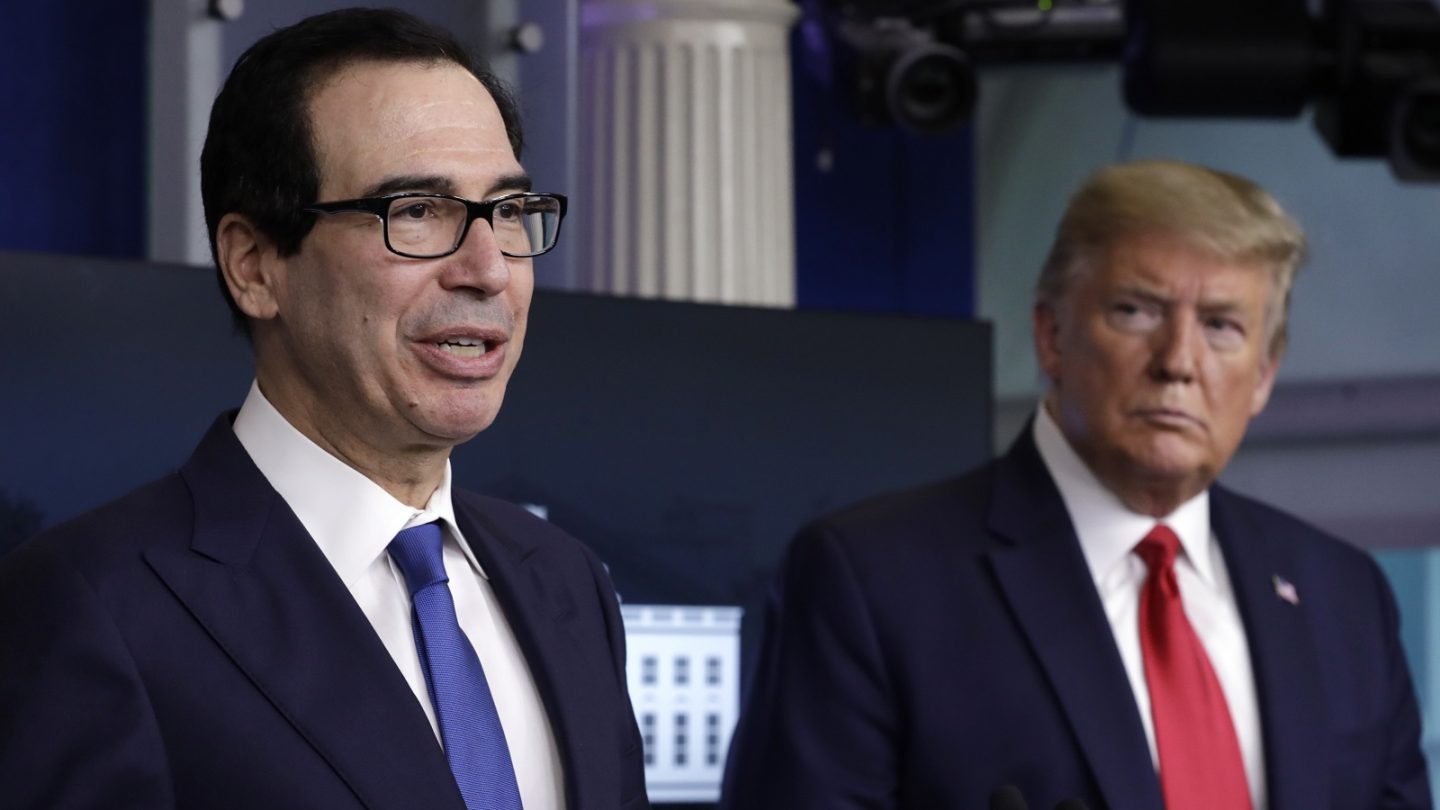 One of the key elements of the US government’s Coronavirus Aid, Relief, and Economic Security (CARES) Act is the distribution of a $1,200 payment directly to the bank accounts of millions of Americans. If you paid your taxes this year or last, you are likely eligible, though there are exceptions to this rule, most of which we covered in a separate article. But it turns out we missed one important exception — people who have outstanding debt.

The American Prospect reports that Congress did not exempt the $1,200 coronavirus stimulus payments from private debt collection. The Treasury Department has the authority to exempt these payments, ensuring that everyone who is eligible for the $1,200 receives it, but has yet to do so, giving creditors the ability to snatch it away.

In audio obtained by The American Prospect from a Treasury Department webinar with banking officials last Friday, Ronda Kent, chief disbursing officer with the Treasury’s Bureau of the Fiscal Service, explains that banks asked her “whether these payments could be subject to collection from the bank to which the money is deposited, if the payee owes an outstanding loan or other payments to the bank.” She said in response that “there’s nothing in the law that precludes that action.” She also suggested that bank compliance officers should check in with their legal offices to figure out “what your bank has decided to do” in regards to outstanding debt.

Congress did exempt CARES Act payments from collection if that debt is owed to federal or state agencies, but since the payments are technically tax credits, they can be subject to “garnishment,” which is when a debt collector wins a judgment in court and seizes anything of value from the debtor.

The report also notes that Congress gave the Treasury the authority to write rules exempting CARES Act payments from private debt collectors. Three senators actually wrote a letter to Treasury Secretary Steven Mnuchin two weeks ago urging him to do so, which was followed by a second letter days later from two other senators, and a letter from 25 state attorneys general this week. In the same webinar referenced above, Kent addressed the letters, saying, “we do understand that concerns have been raised about this legal requirement, but it is a legal requirement at this time.” What she did not address was the fact that the Treasury can suspend the requirement at any time.

The Prospect reached out to five top banks — Wells Fargo, JPMorgan Chase, Bank of America, Citibank, and U.S. Bank — to see if they planned to use the CARES payments in order to offset delinquent debts:

Only JPMorgan Chase provided an answer: While they would normally use incoming funds to offset a negative balance, for these payments it will return the money to the government. “The U.S. Treasury can then determine the address to mail the full stimulus amount and ensure the former customer gets the full benefit,” spokeswoman Anne Pace said.

None of the other four banks would commit to this process, to say nothing of the thousands of banks and credit unions across the country. Treasury’s Bureau of the Fiscal Service also did not respond to a request for comment.

The $1,200 stimulus payments are not nearly enough to account for the economic turmoil millions of Americans are facing for weeks or months to come, but the fact that even these payments can be taken by third parties because the Treasury Department refuses to look out for the people of this country is extraordinarily distressing.