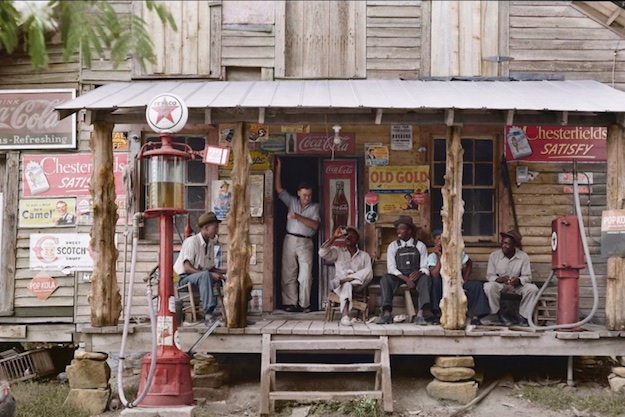 Needless to say, old photographs have a certain charm about them that only decades of time can bestow. That said, sometimes it’s just as charming to add a bit of color to classic historical photographs. Over the past few years, colorizing old photos has become an art unto itself. And while some purists might understandably scoff at such endeavors, I personally think that colorizing old photos is a clever and unique way to make history seem that much more tangible and relatable.

Whereas black and white photos tend to convey a bit of distance between the viewer and the subjects of the photo, adding color to said photos serves to lessen the distance while also making the subjects and the accompanying time-period more familiar and perhaps relatable.

Recently, I stumbled across a post on Flashbak featuring 9 classic black and white photographs touched up with color. The results are truly mesmerizing.

Two such examples can be viewed below.

First up, we have this black and white photo of Abraham Lincoln, originally taken in 1863.

Next up, we have this famous depression-era photo of a country store in North Carolina, taken in 1939.

Make sure to hit the source link below for the full batch of historic black and white photos magically transformed into color shots.