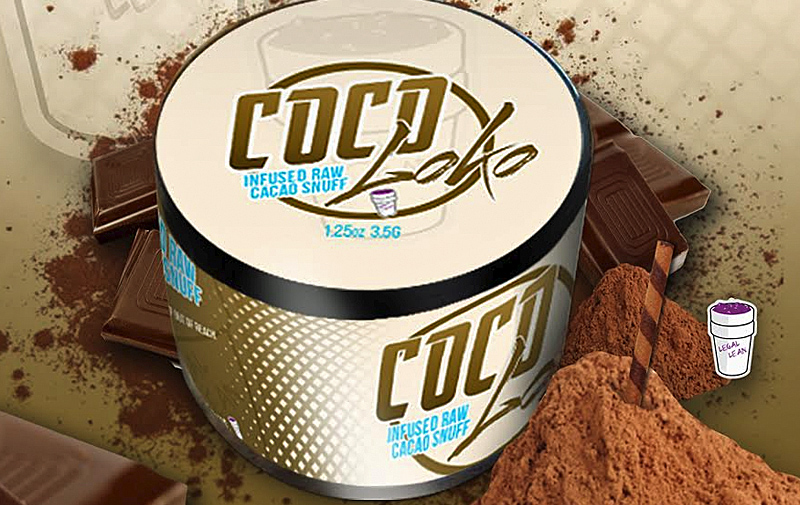 We’ve all been hit by tired spells at work, and if you find yourself choking down a greasy treat at lunchtime you can be sure you’ll be dozing off at your desk an hour or so later. In those tough times many of us reach for a our coffee mug for a quick pick-me-up, but one Florida entrepreneur thinks you’d be better off with a bump of snortable chocolate. It’s called Coco Loko, and the cocoa “snuff” is actually being sold right now.

The powder, which has not been approved by the Food and Drug Administration and has no regulation at the moment, is a mix of cocoa, B vitamins, ginko biloba, and several stimulating ingredients typically found in energy drinks, like guarana and taurine. It’s essentially a chocolate-flavored energy supplement that you snort rather than drink, and it sells for $24.99 for a tin that contains roughly 10 “servings.”

But while snorting this strange chocolate powder is better (from a legal standpoint) than snorting controlled substances, the health implications are at this point completely unknown. Doctors have long warned of the dangers of energy drinks in general, with the blend of stimulants combined with caffeine leading to concerns over heart health and blood pressure. Putting those same ingredients into a powder that you take through the nose doesn’t sound like it’s any less dangerous.

Regardless of the potential risks, Coco Loko is reportedly being bought by smaller retailers like smoke shops to resell to customers, and is also available to buy online. The FDA says it will investigate the product and its intended use before making any decisions on regulation.