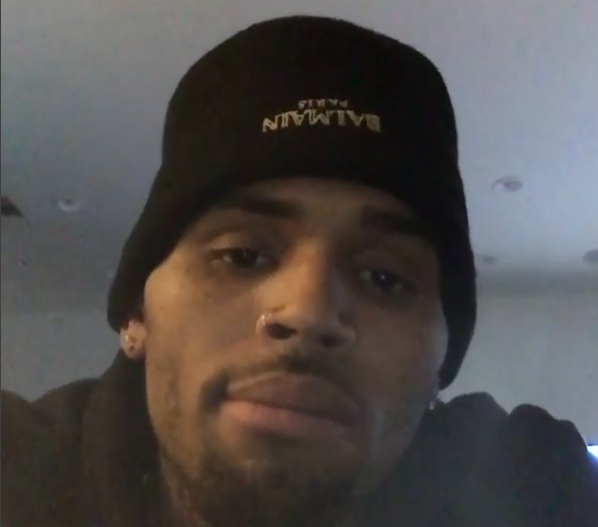 Chris Brown is in a standoff with LA police after allegedly pulling a gun on a woman during an argument. The cops have surrounded Brown’s home, the rapper told them they’d need a search warrant to come inside, and then he started posting videos on Instagram about the whole affair.

According to the LA Times, officers responded to a call for help from a woman at about 3AM. She claimed that Brown “pointed a gun at her during a violent rage before she ran outside to call police.” Officers attempted to enter the premises, but Brown told them to go get a search warrant, which they are apparently doing.

In the meantime, TMZ reports that Brown threw a bag containing weapons and drugs out of one of the windows, while surrounded by police.

Brown has also been posting videos on Instagram from inside the scene. According to the videos, Brown woke up surrounded by helicopters and police, and is generally professing his innocence. He also called out to Black Lives Matter, before taking the opportunity to plug his new record. Brown also says that it’s “ironic” that police are at his home.

Of course, Brown has plenty of history with the police. He was on probation for years after assaulting then-girlfriend Rihanna in 2009, and was involved in an assault in Washington in 2014.