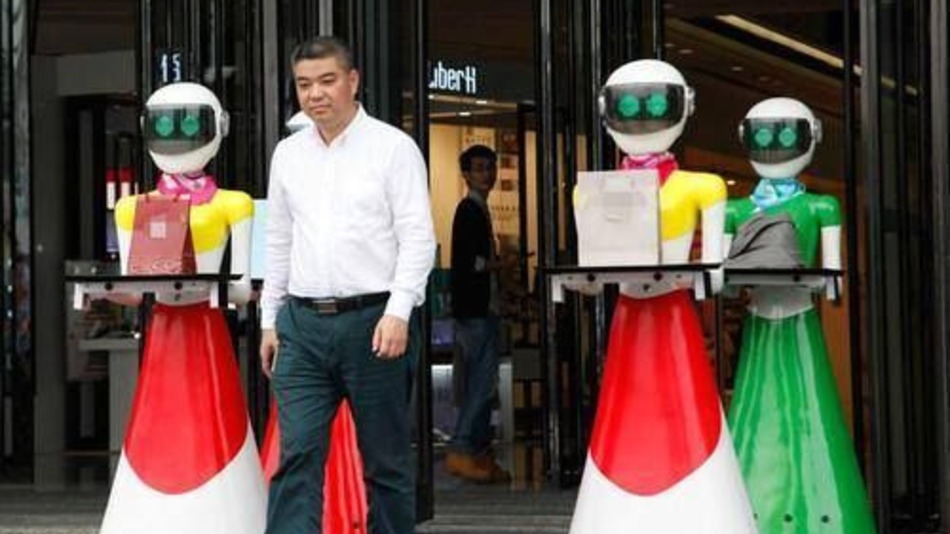 If there’s one thing we know about Donald Trump, it’s that he likes showing off and talking about how rich he is, often in the most tasteless ways imaginable. A tycoon in China has apparently picked up some pointers from Trump on how to flaunt his wealth in truly obnoxious ways by going shopping with the help of eight robotic maids that carry his purchases, bring him tea and more.

FROM EARLIER: The new face of the $20 bill will be a woman for the first time in history

Via Mashable, the story of the man’s robot-assisted shopping excursion was first reported on Chinese website TouTiao.com. Here he is in a jewelry store with five of the robots looking on:

And here they are serving him tea:

Mashable notes that “Chinese media outlets are also openly calling the man a ‘tuhao’ — the slang word that’s commonly used in China to describe people who got rich overnight, but displays a lack of taste.” That’s certainly true, although here in America it seems that tastelessly flaunting your wealth is no barrier to running for president. Maybe this man can run on a campaign to Make China Great Again with a pledge to have Mongolia pay for a second Great Wall?