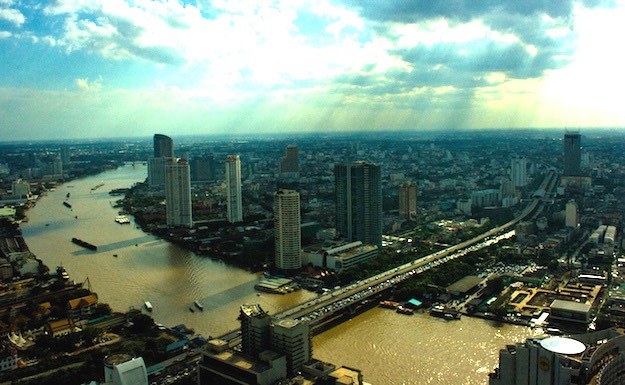 The one and perhaps only golden rule about real estate — location, location, location — is well deserved. Whether you’re renting an apartment or buying a house, you’re not just paying for basic square footage, you’re paying what in essence amounts to a neighborhood tax. It’s why renting a tiny studio in Manhattan can cost you upwards of $2,000 a month while buying a house in Detroit might only set you back $500.

DON’T MISS: Quick tips to speed up your home Wi-Fi and improve coverage

Of course, once you venture outside of the United States and skip over notoriously expensive cities like Paris, there are a lot of interesting places to live on the cheap. An informative Quora thread on this very topic provides us with a few examples of where you might want to go if you’re intent on living incredibly cheaply for a year. Naturally, your mileage as it pertains to living conditions will vary, but here are a few notable locations to keep in mind.

More than any other region, it seems that Southeast Asia provides more alluring opportunities for cheap living than anywhere else in the world. Specifically, Thailand and Indonesia were commonly referenced as attractive options.

In Yogyakarta, Indonesia, you can live happily only for $1 – 2 per day (excluding accomodation).

Just outside the house, some food sellers go around the resident area to find people who’s starving and looking for food.

Here’s what I frequently eat for my lunch. Chicken satay: 15 sticks of it and two rice cakes (lontong) for Rp 5000 (40 cents). Whaaaattt, right? Haha.

Another user chimes in that food can indeed be had for just 40 to 50 cents a day in Indonesia and Thailand, but that more substantive meals can be obtained for just 1-$2.

As far as rent is concerned, it appears that one can find decent places to rent in both Indonesia and Thailand in the $125 – $250/month range.

Malaysia is another country with cheap living options, with one user relaying that they stayed in a 3-bedroom high-rise in Penang, Malaysia, compete with a pool and other frills, for just $500/month, or about $166 per person.

Irrespective of standards of living (Damascus probably isn’t terribly safe to visit these days, for example), The Economist last year released its list of the cheapest cities in the world to live, which reads as follows.

While Asia is home to some of the world’s most expensive cities, the region is also home to many of the world’s cheapest cities. Within Asia, the best value for money is in the Indian subcontinent (defined as India, Pakistan, Bangladesh, Nepal and Sri Lanka). Karachi and Bangalore are the joint cheapest locations in the survey, and five of the six cheapest cities surveyed hail from Pakistan and India.

Income inequality means that low wages proliferate, driving down household spending and creating many tiers of pricing that keep spending per head low. This, combined with a cheap and plentiful supply of goods into cities from rural producers with short supply chains, as well as government subsidies on some products, has kept prices down, especially by Western standards.

If you’re looking to stay in the United States, make sure to check out this list for the cheapest places to live in the U.S.