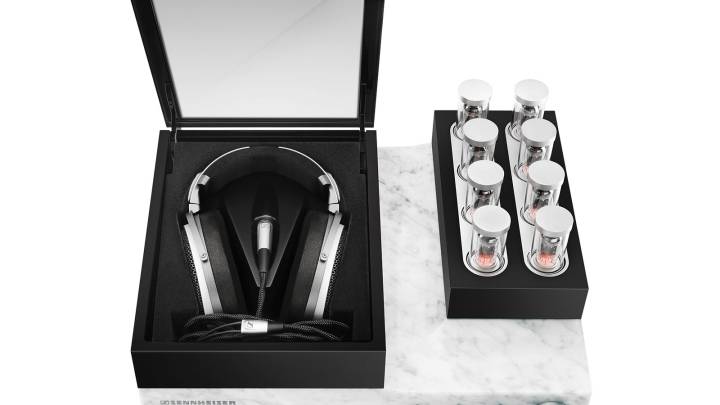 You may think you’ve got the best headphones in the world. But there’s a good chance that they don’t stack up against the new headphones developed by Sennheiser that cost $50,000 and that were on display this year at CES 2016. Popular tech YouTuber Jonathan Morrison this week posted a video of himself and fellow YouTubers Marques Brownlee and Austin Evans trying out these $50,000 headphones and it sounds like they live up to the hype, even if none of them were really willing to lay down the money needed to actually buy them.

RELATED: 7 terrific Android apps you won’t find on any iPhone

So what exactly makes these headphones worth $50,000? Here are some tidbits from Sennheiser’s website:

You get the idea. These headphones belong in a museum, not on your head.

Nonetheless, Sennheiser did take them out of their case and let Morrison and friends listen to them. Given their immense value, I was personally surprised that they used the Eagles’ “Hotel California” as the sample music — really, with headphones like this I expect some Mahler or at least some John Coltrane.

But no matter: The YouTubers were very impressed by what they heard. Some choice quotes from the video: