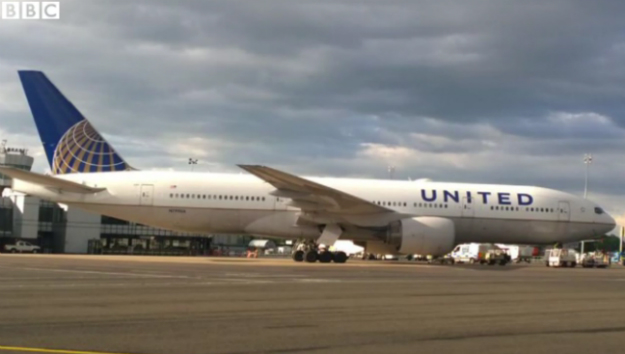 A United Airlines flight attendant recently made national news after she decided to exit a landed plane by opening up the aircraft’s emergency slide and subsequently riding it down to the runway. Following that, the flight attendant calmly and smoothly walked away, as if everything was completely normal.

Originally reported by Click2Houston, there’s even video footage of the bizarre turn of events.

When news of the incident began to spread, United Airlines was quick to say it was investigating the matter while also adding that the flight attendant had been suspended:

“We hold all of our employees to the highest standard,” United Airlines said in a statement on the matter. “The unsafe behavior is unacceptable and does not represent the more than 20,000 flight attendants who ensure the safety of our customers. United is reviewing the matter and they have removed the employee from her flying duties.”

Of course, the best story of all-time involving the deployment of a plane’s emergency slide belongs to JetBlue flight attendant Steven Slater. Back in 2010, Slater became something of a folk hero when, after deciding that he was fed up with his job, quit on the spot, grabbed a beer for the road, deployed the emergency slide, and slid down to sweet sweet freedom, national acclaim, and unemployment.