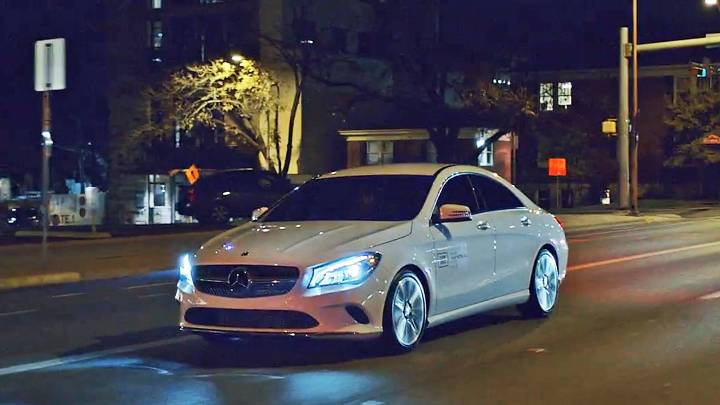 If you’re a big city dweller who relies on public transportation and car sharing services to fill the four-wheeled void in your life, you might have been slightly put off by Car2Go‘s fleet of tiny Smart cars. After all, if you’re renting a car by the hour, you probably don’t want that car to look like a kid’s toy, right? Well that’s about to change, as the Daimler-owned car rental app is giving you the option to hit the road in something a bit fancier: Mercedes sedans and crossovers.

Car2Go, which boasts over two million members in North America and Europe, is approaching its tenth year in business, and as such the company is hoping to expand its appeal but offering some more impressive hardware alongside its iconic blue-and-white Smart FourTwos. The decision to go with Mercedes was probably an easy one, considering that Daimler auto group owns both Car2Go and Mercedes-Benz.

“From a demographic perspective, there are people that are out there that might not want to join a car-sharing service because, maybe they said, ‘Listen, I want to use car2go, but I only see that it’s a two-seater,’” Car2Go’s North American CEO Paul DeLong, told Jalopnik. “People will still have the option to take Smart, but most importantly, we know that having a four-door vehicle, it does offer us additional use cases.”

Of course, if you’re a Car2Go member who already paid the $5 sign-up fee and are accustomed to the typical 41 cents per minute rental rate, you’ll find that taking a Benz instead of a Smart will cost you more. How much more? Car2Go isn’t quite ready to reveal that yet, but said the upgraded rate will be “slightly” higher.