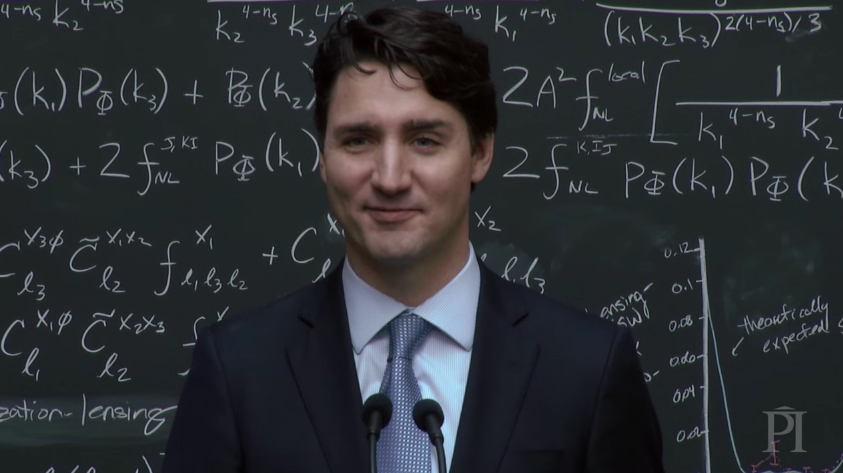 If you ask the average politician to talk about anything related to technology, chances are you’ll come away distressed by their total lack of knowledge. However, Canadian prime minister Justin Trudeau last week wowed the tech world during an event at the Perimeter Institute for Theoretical Physics in Waterloo when expertly answered a question related to quantum computing. However, his impressive response to a question on quantum computing may have been too good to be true.

DON’T MISS: Insider says next year’s redesigned iPhone will be unlike anything we’ve seen so far

The video of Trudeau’s response went viral over the weekend, The Telegraph reports. The former teacher schooled the press in attendance by elaborating on the differences between quantum computing and regular computers. “Don’t get me going on this or we’ll be here all day. Trust me,” he said. The video follows below.

However, as Gawker points out, the whole question was staged, as Trudeau challenged reporters before the event to ask him that question. This suggests the prime minister prepared himself specifically for the event, though it doesn’t mean he doesn’t know what quantum computing is and why it’s important.

“You don’t have to be a geek like me to appreciate how important this work is,” Trudeau told journalists during a speech. “Although I have to tell you when we get to the media questions later I’m really hoping people ask me how quantum computing works because I was excited to deepen my knowledge of that this morning.”

A video showing Trudeau’s challenge to the press follows below.

Even if staged, Trudeau’s explanation of quantum computing is still pretty impressive.