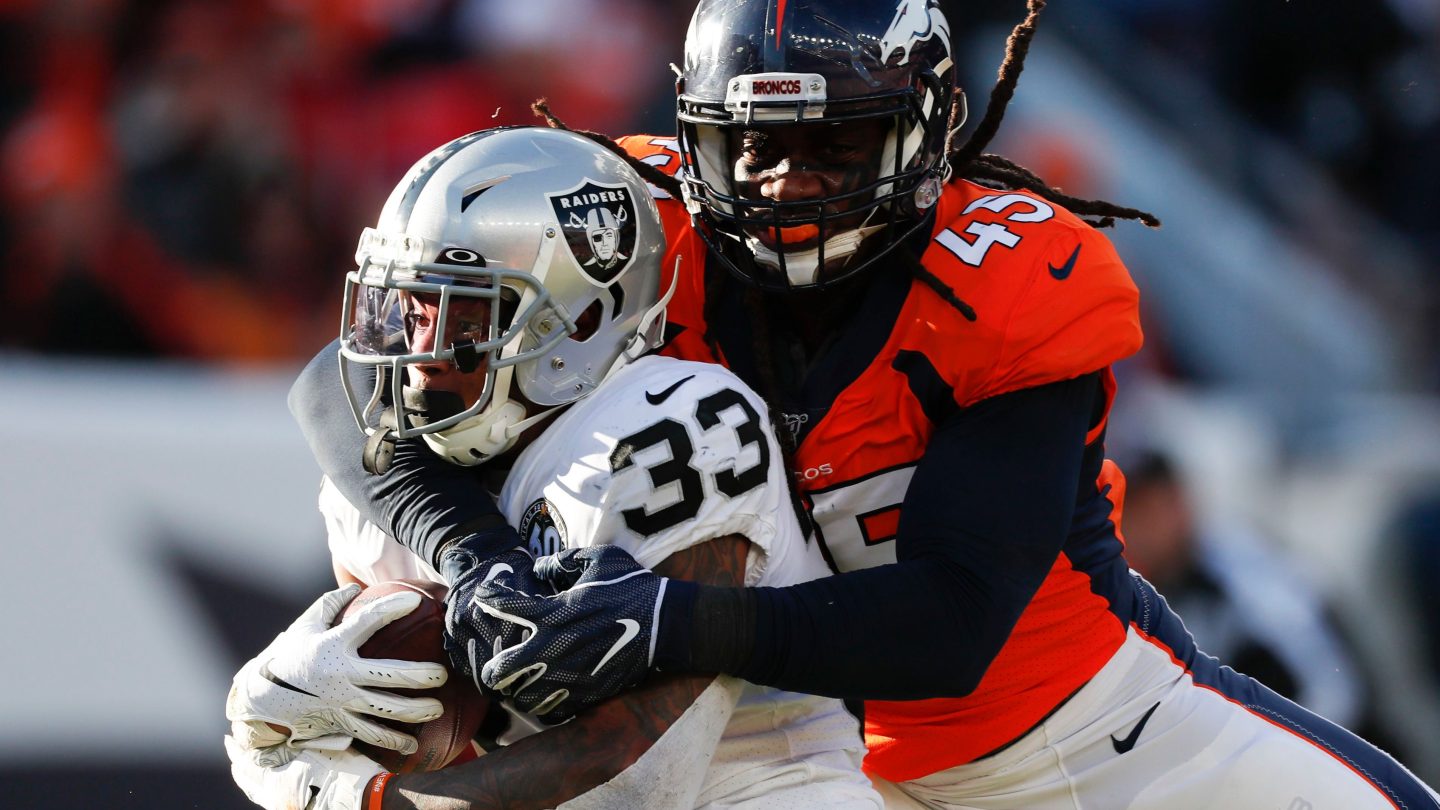 The last weekend of the NFL regular season was packed with drama. Many games came down to the final seconds and several of the contests determined how the NFL playoffs will be structured going into the postseason. The week 17 matchup between the Oakland Raiders and Denver Broncos didn’t have a whole lot riding on it, but that didn’t stop one very dumb fan from finding a way to make it interesting for all the wrong reasons.

Late in the fourth quarter, a fan decided it would be a good idea to take to the field and make a fool of himself. This isn’t uncommon in an NFL game, and security quickly descended on the field to wrangle the man. What they weren’t expecting was the idiot on the field had some pretty impressive moves.

At one point, the fan juked a security guard, causing the man’s body to contort in such a matter that he suffered what seems to be a pretty serious knee injury. The fan was eventually tackled, but the security guard needed medical assistance on the field. Stadium staff had to bring out a cart to help the man off the field, which is something that is often reserved for the most serious player injuries.

#NFL: #Broncos security guard gets injured while trying to catch a fan running in the field. @PhillyWill11 thanks him on his way out 🙏🏽 pic.twitter.com/mZhFvYW47y

The good news is that the security guard appeared to be in good spirits as he was being carted away. He offered a thumbs up, which is the universal sign of “I’m going to be fine,” at least as far as sports injuries are concerned.

Security guard gets hurt tackling a fan who ran on the field in the Broncos Raiders game pic.twitter.com/N2DJ0raKpO

Since he’s not a player, reports on the man’s condition following the injury are scant, but hopefully whatever injury he suffered is minor and he can be back on his feet quickly. The Broncos will not be playing in the postseason, so he has plenty of time to recover.