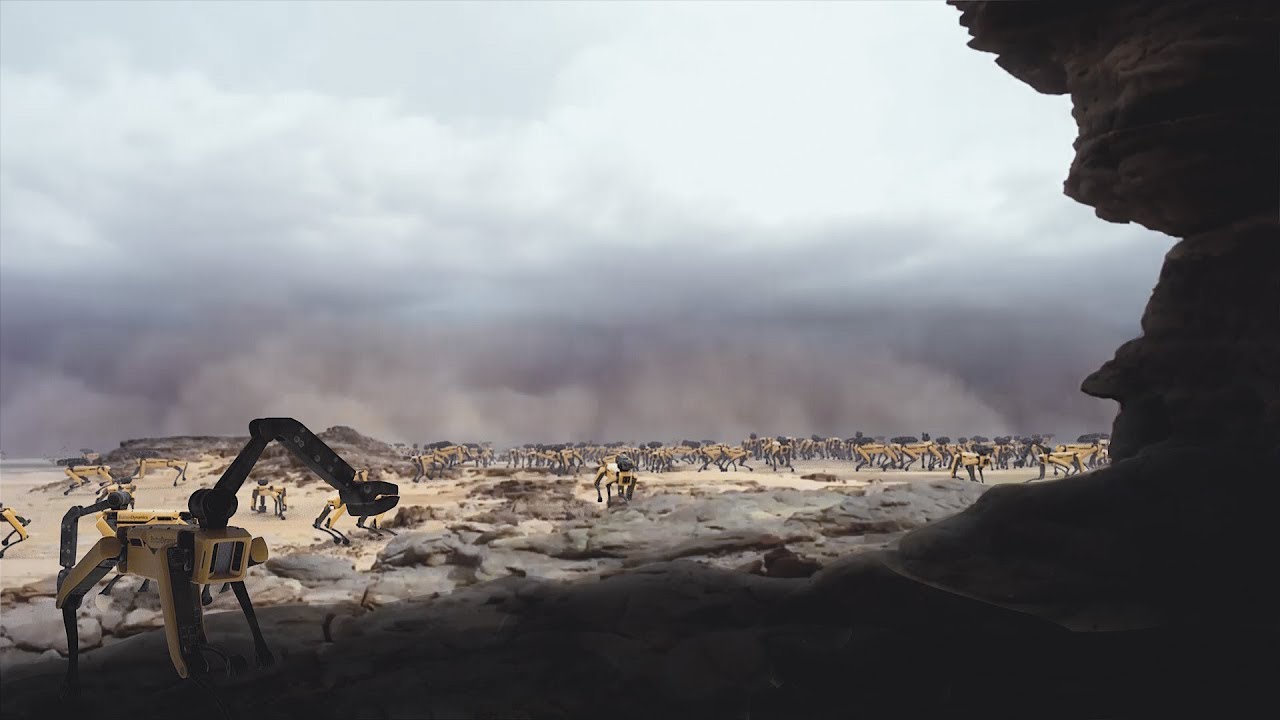 At this point, robots taking charge of the planet doesn’t sound like such a bad idea. Having an AI calling the shots seems better than a lot of human alternatives, so Terminator images of the future are getting less likely by the day.

But what if robots actually take over the entire world? That’s the idea explored by this parody video, which shows what would happen on a planet run by robots, with only David Attenborough left behind to commentate.

The video was created by Nicolas King (a.k.a. “NIXOLAS“), along with other digital artists Vojislav Milanovic, Ramtin Ahmadi, and Nawaz Ahmed. Laughing Squid has some behind-the-scenes details if you’ve ever wondered what it takes to CGI a bunch of Boston Dynamics robotic dogs into a dystopian wasteland.