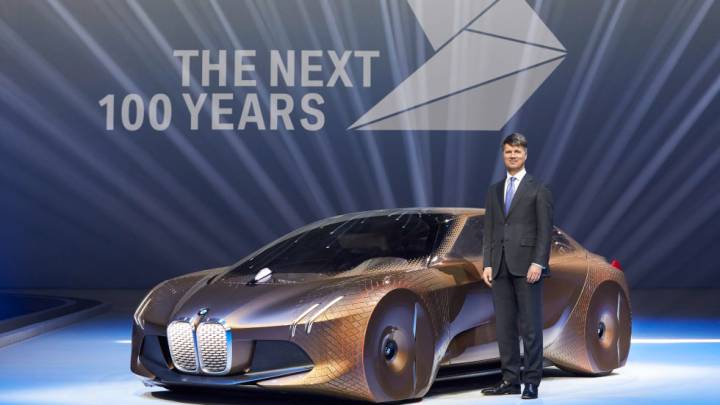 This week marks the 100-year anniversary of BMW’s founding in 1916. To celebrate, the iconic German car manufacturer this week unveiled a new concept car called the Vision Next 100 that is absolutely wild.

While it’s very unlikely that we’ll see this car on the road anytime soon, it does show that there’s a lot of untapped potential innovations out there when it comes to car designs.

BMW says that the Vision Next 100 “combines coupé-type sportiness with the dynamic elegance of a sedan,” although that description doesn’t come close to conveying just how strange this car looks. Here’s another photo of the car that reminds me a little bit of the Batmobile in Tim Burton’s Batman movies after it had switched on its protective armor:

Some of the features in the car include:

This experimental concept car made its debut this week at the Munich Olympic Hall as part of BMW’s centenary celebration. Check out a video showing off all the car’s key features below.