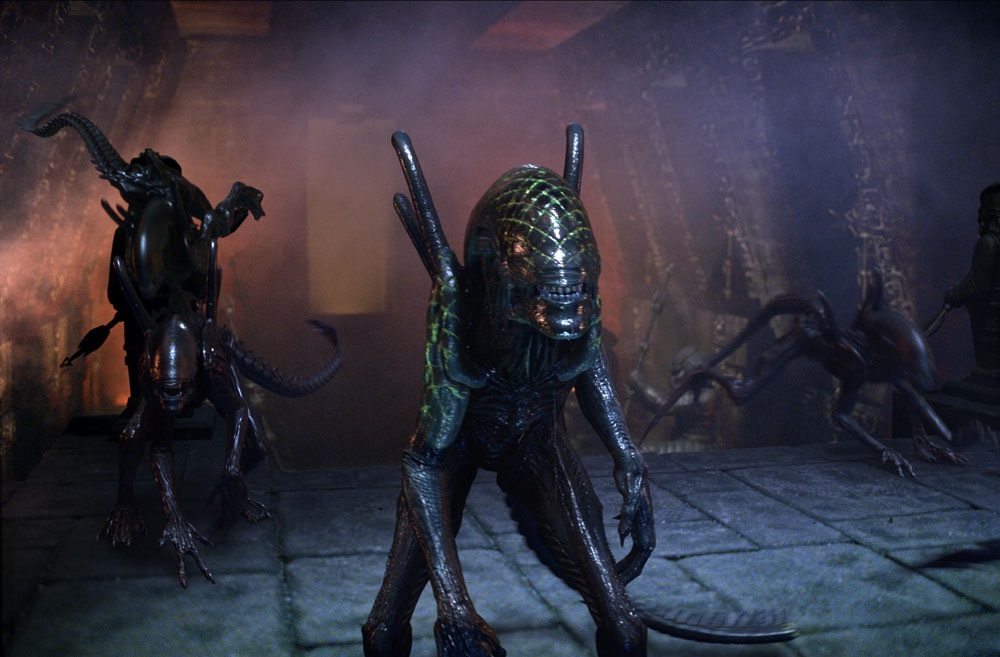 Planning an attack on the site that has helped to cultivate countless conspiracy theories to see what’s inside is incredibly idiotic, but more than 1.3 million people have signed up for the September 20th event. Yes, there’s a date. This prompted the Nevada police to take them seriously enough to let them know they will be stopped.

“We will all meet up at the Area 51 Alien Center tourist attraction and coordinate our entry,” says the Facebook event page that went viral. “If we naruto run, we can move faster than their bullets. Let’s see them aliens.” 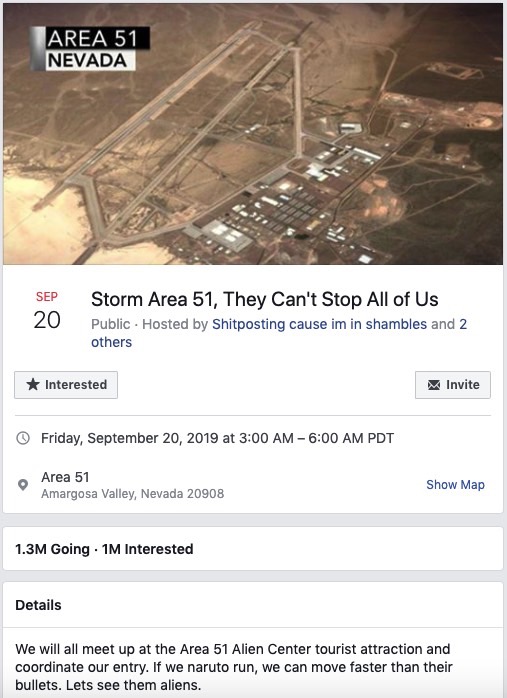 I feel I shouldn’t have to say, but considering how absurd the whole thing is, I’m going to say it anyway: Nobody can outrun bullets, even if they’re running like an anime character.

Most of the people who signed up for the event certainly did so as a joke, especially once it started to go viral on the platform. But there is the off chance that some of these people are actually considering storming Area 51. Those people will be met with the kind of resistance you’d expect to be met with when trying to storm an army facility, especially given that the whole thing has been planned on a public Facebook page.

Law enforcement sources from Nevada told TMZ that all the agencies that need to be aware of a potential raid are briefed and prepared:

First and foremost, we’re told anyone who commits a crime in or around Area 51 — including trespassing — will be arrested and prosecuted to the fullest extent of local and military law. Our sources also tell us local cops will work together to curb any attempts to even wander near Area 51 property … and they’re prepared to use non-lethal force, such as tear gas and pepper spray.

If you’re seriously considering raiding a military base, you’re going to get what’s coming to you.

The people who came up with the viral Facebook event, however, deserve some credit for the out of the box idea, assuming all they wanted was for the event to go viral. If they plan to actually go ahead with the “attack,” well, we’re going to see their mug shots on the news come September 20th, shortly after that 3:00 AM – 6:00 AM PDT planned attack time.