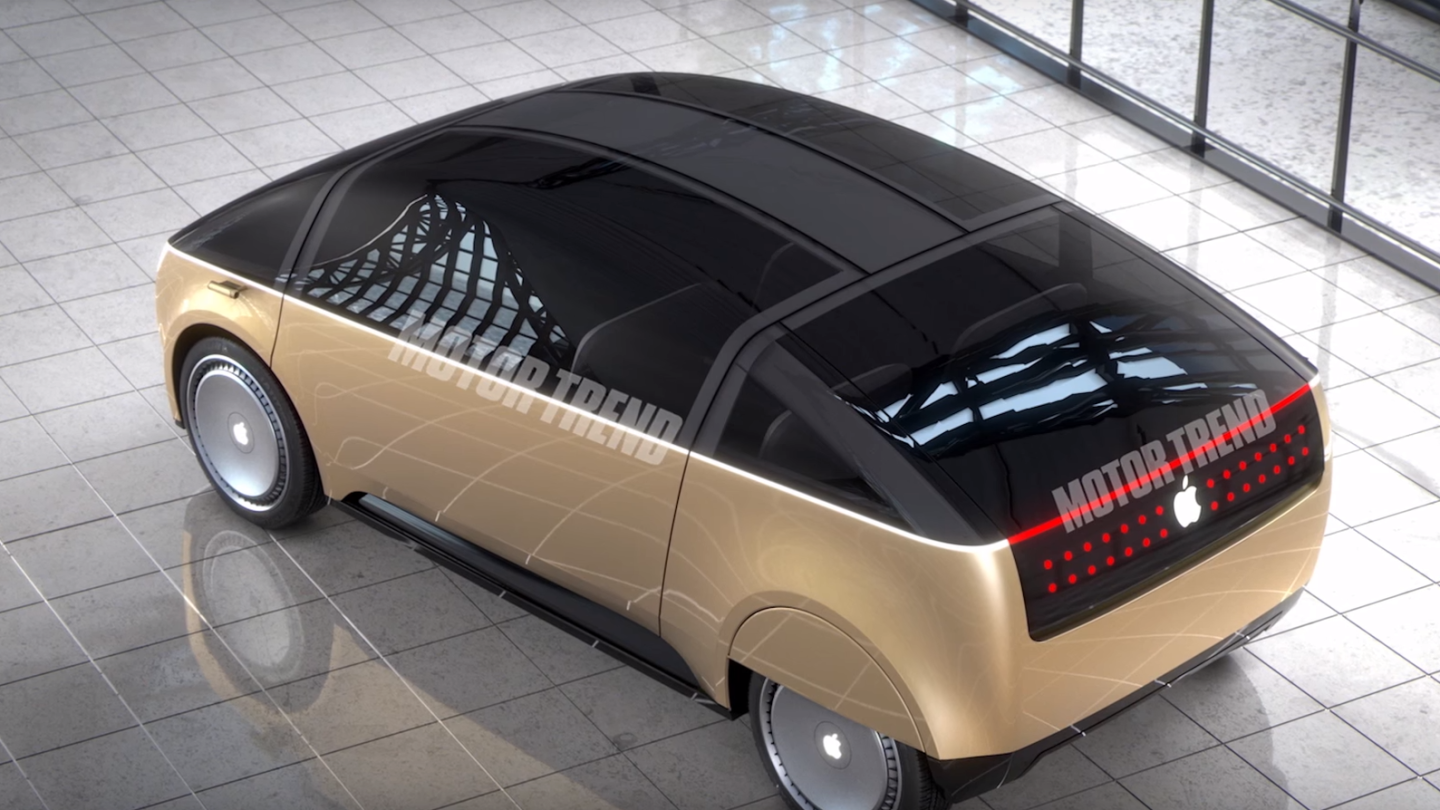 The “Apple Car” is a mythical creation for the time being and no one knows what it really looks like or if it really even exists. Motor Trend this week took a stab at making a concept model for the “Apple Car” that the publication says is based on “exhaustive” research despite being “entirely speculative” in nature. The idea here is that Motor Trend decided to compare how much Apple had applied minimalist design principles to computers and phones and see what would happen if they tried doing the same things with a car.

The result isn’t exactly pretty, but it is an interesting and thought provoking concept.

FROM EARLIER: Now we know why C-3PO had a red arm in ‘The Force Awakens’

Designer Garrett Debry, a graduate of the Art Center College of Design, says that the car concept came about after he and his team took a look at both MacBooks and iPhones and compared them to laptops and phones that came before them. From there, they tried to imagine how Apple would tackle building a car.

“The idea was to make it as simple, minimal as possible so that people are focused on the new experience that Apple is going to bring,” says Debry.

Tim Stevens of CNET’s Roadshow blog says that the car concept that they created fits in with what he’d expect from an Apple Car from a functionality standpoint. From an aesthetic standpoint, however… well, it’s pretty hideous. I mean, look at it:

The Apple logos on the hubcaps are hilariously tacky and the front of the car makes the Tesla Model 3 look like a work of art in comparison.

There’s more to the car than the exterior, of course, and the more interesting aspects of Motor Trend’s design are the interior and how they imagine Apple would use technology to improve the overall driving experience. Among other things, the designers gave the car augmented reality features that would project images onto your windshield to warn you of potential hazards while you’re driving.

Here’s a lengthy video of the designers talking extensively about the car’s design and its features: