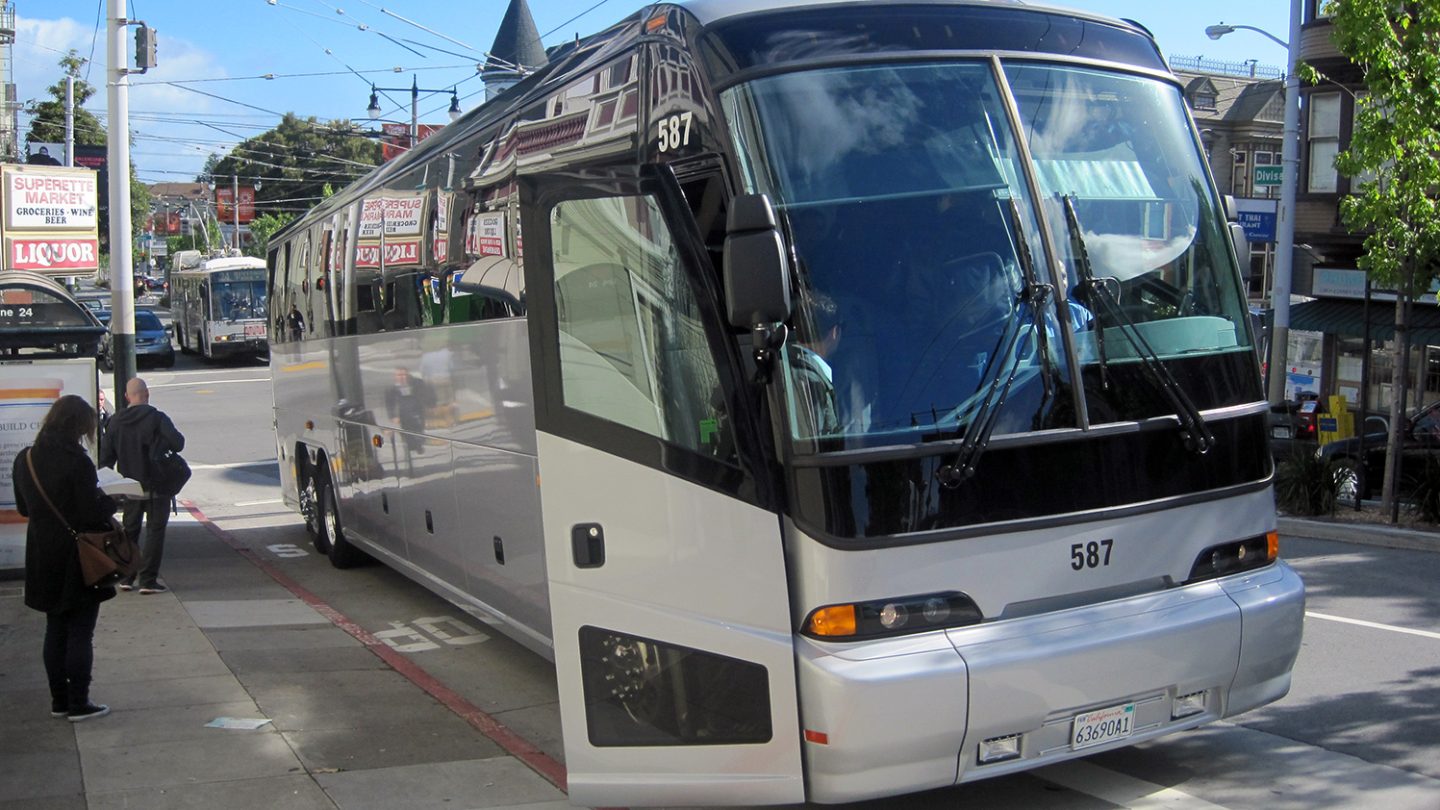 Companies like Google and Apple run commuter buses in the areas around their campuses, giving employees a way to commute to and from work for free. Some believe these buses have become a constant reminder of the gentrification in and around Silicon Valley, however, and they have been the focus of protests in the past.

Now, it appears as though one or more people are targeting these commuter buses and attacking them with what Apple believes to be pellet guns. The windows on multiple commuter buses have reportedly been smashed, and Apple sent out an internal memo to its employees warning them of the situation. So far, no one has been injured in the attacks.

The Guardian reported on Wednesday afternoon that at least five commuter buses have been targeted in the suspected pellet gun attacks. Windows on all five buses were smashed according to the report, and no suspect or suspects have been identified.

The report says that the first known attack took place on Friday, January 12th, and the incident took place while the bus was carrying passengers from Apple’s Cupertino headquarters back to their homes in San Francisco. Three more buses were attacked with a pellet gun on Tuesday morning, and a fifth bus was targeted on Tuesday evening.

“There is nothing confirmed but it is suspected that a pellet gun might have been used in these incidents,” Apple said in an internal email sent to all employees that was seen by The Guardian. “Luckily, no one seems to have been injured yet.” The memo went on to note that bus routes will be temporarily diverted away from I-280, the highway on which the incidents occurred.

The Guardian confirmed the attacks with California highway patrol public information officer Art Montiel. “We received several reports of charter buses being damaged while driving on the I-280, but we’re not sure what caused the damage. We’re not ruling anything out,” he told the British paper.