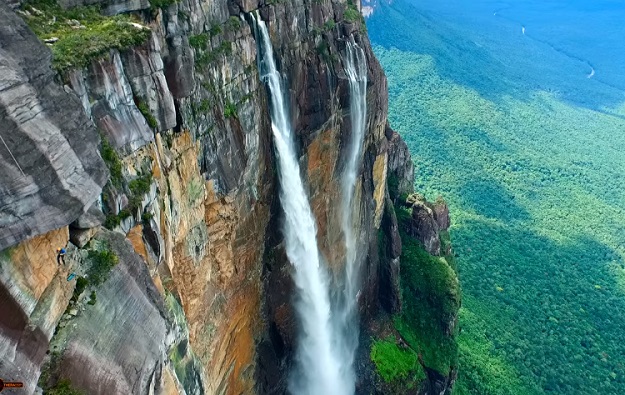 We’ve seen drones capture all sorts of interesting footage over the past 12 months, including a peculiar and mildly disturbing video of a man sunbathing on top of a wind turbine, more than 200 feet up in the air.

On the complete opposite end of the spectrum, we recently stumbled across drone footage of the Santo Angel waterfall in Venezuela, otherwise known as Angel Falls. Though Angel Falls may not be as widely known as Niagra Falls, at least in the United States, Angel Falls has the distinction of being the world’s highest waterfall on the planet. From top to bottom, water tumbles down more than 2,600 feet.

DON’T MISS: What’s the purpose of the iPhone 7’s most puzzling new feature?

While video of Angel Falls is plentiful, we can guarantee that you’ve never seen Angel Falls quite like this.