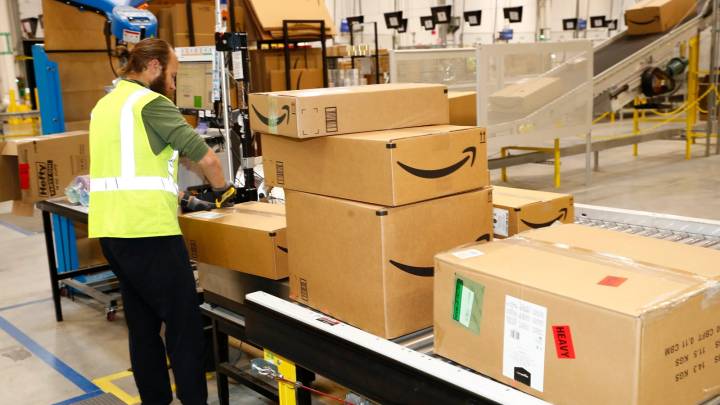 As you’ve no doubt heard, today is the beginning of Amazon’s 36-hour Prime Day deals bacchanal, an occasion that’s supposed to be a glorious celebration of Amazon’s commitment to capitalism and the glory of free two-day shipping.

Unfortunately, Amazon’s website has been as overwhelmed as our deals department, and seems to be experiencing issues. The site isn’t completely and totally broken, but pages are taking a long time to load, users all over social media have been reporting problems or error messages from the site, and the internet’s Down Detector is reporting that there is definitely a problem.

According to the Down Detector, problems started right around 1500 Eastern Time, right when Amazon’s Prime Day deals were meant to start. In all likelihood, the problem is simply traffic: Amazon’s Prime Day was huge in terms of sales last year, and the event was anticipated to draw an even bigger virtual crowd this year. That kind of traffic can create huge demands on servers and network infrastructure, resulting in exactly the kind of slowdowns and failures we’re seeing now.

Reports on social media and the aforementioned Down Detector indicate that problems exist across the websites, iOS and Android apps, and even Amazon’s Alexa virtual assistant platform. If you’re desperate to get any one particularly excellent deal (or sign up for a free Prime subscription trial so that you can actually see the deals!) then your best bet is to just keep trying to reload the page.

You can still follow along with all our Prime Day deal coverage here, where we’re collecting the best deals regardless of Amazon’s website problems, and hopefully Amazon’s customer service team will have an update on the outage soon. Until then, just enjoy this particular Hunger Games twist on Amazon’s special day.