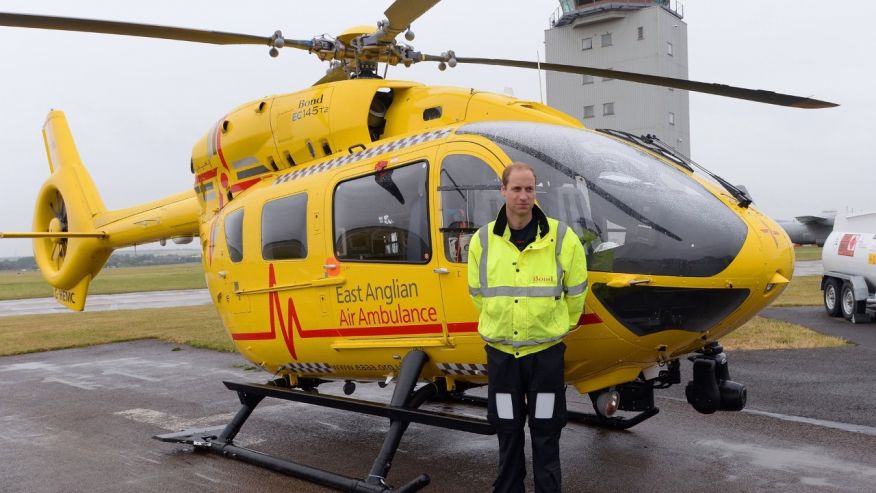 Prince William, the future king of England, announced in January that he will stoppiloting a helicopter for an air ambulance charity this summer so he can spend more time with his children in London.

Whether a near-collision of the helicopter he regularly pilots and a drone above London last summer played a role in that decision is something only William — and maybe the Duchess of Cambridge — knows. This is not the sort of thing you tell your grandma.

According to a report by the UK Airprox Board, a four-bladed quadcopter drone 1,900 feet above London passed within 30 meters (98 feet) of a Eurocopter 145 helicopter carrying a pilot and multiple medical crew members on Aug. 26.

The helicopter belongs to the East Anglian Air Ambulance (EAAA) organization. Prince William was not in the chopper at the time, but he piloted it repeatedly during his work for the service, the EAAA told the BBC.

The drone was flying at nearly twice the legal 1,000-foot altitude and was close enough to the helicopter for the crew to report that it was four-bladed, dark in color and had two red lights.

The Airprox Board, which investigates such incidents, said the proximity of the drone to the helicopter put them at the highest level of risk for a collision.

“This was a situation where a collision had only been narrowly avoided and chance had played a major part,” the board reported.

“There are strict rules that drone operators must follow and it is important they are aware of their responsibilities for safe operations at all times,” an EAAA spokeswoman said.

The operator of the drone was never found.