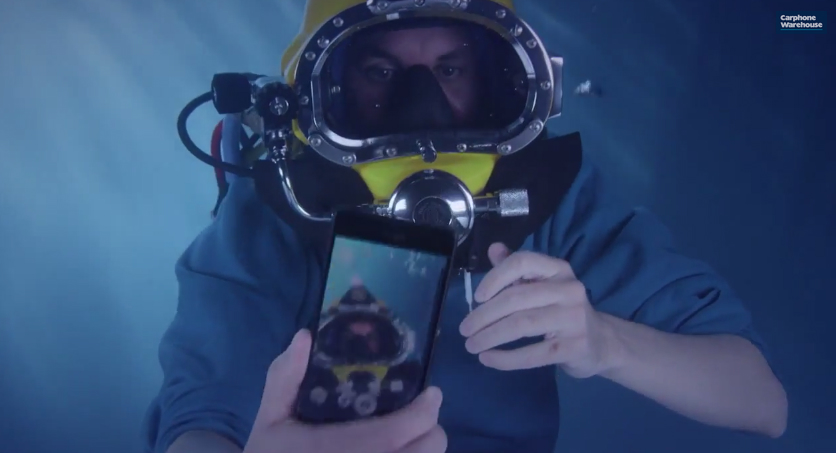 Sony’s recently released Xperia Z3 is the company’s newest flagship device, and just like other Xperia Z family members, this one is also not scared of water. To put to the test the Xperia Z3’s waterproof abilities, Carphone Warehouse decided to record an unusual unboxing video.

As you can see in the short 3-minute clip at the end of the post, this Xperia Z3 unboxing video has all the elements you expect from such videos: a guy is taking a brand new device out of the box, and everything else that’s in it, and detailing its main features. But unlike other videos, in this one there’s a lot of water.

What better way to highlight the phone’s IP65 and IP68 waterproof ratings than by taking it out of the box underwater and using it for various purposes, including taking diving selfies and recording videos? While Carphone Warehouse pulled this particular publicity stunt, the Xperia Z3 never stopped working during the entire time it was submersed underwater. The actual box, however, was pretty much destroyed in the process.