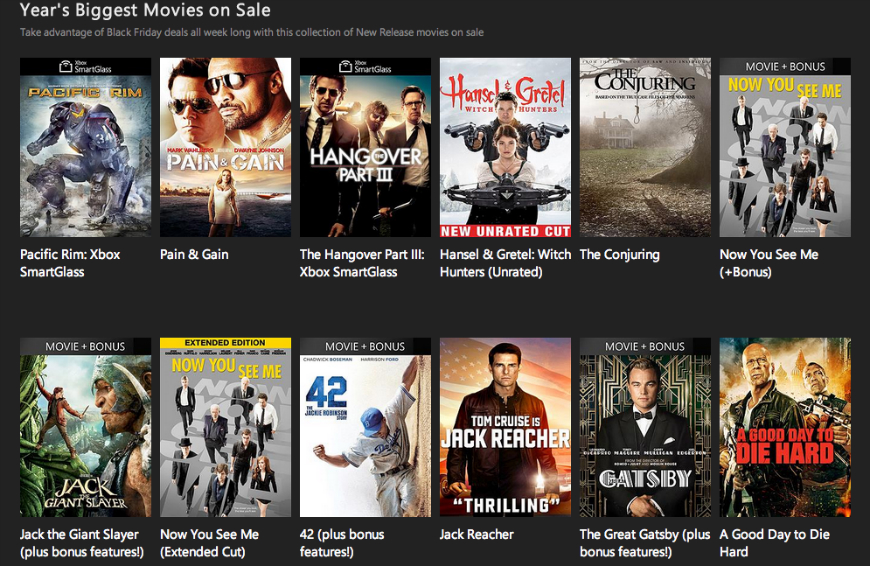 Microsoft on Wednesday launched its Xbox Video service on the web at XboxVideo.com, allowing users to watch movies and TV shows in the browser, using the Silverlight plug-in. There are “more than 300,000 movies and TV episodes” to choose from, the company announced, and they can be watched on the Xbox 360, Xbox One, Windows 8.1 tablets and PCs, but also on other operating systems, Macs included. A Windows Phone application for the service isn’t available at this time, but the company says it’s coming soon.

The service will be available in 21 countries at first, and will store content in the cloud, allowing buyers to watch their purchases on any of the supported devices or the web. However, Xbox Video does not support HD playback at this time, but HD support will be added in the future, Microsoft told IGN. HD shows can still be purchased from the store, but they’ll only be available to watch on the Xbox One initially.

For the Black Friday weekend, Microsoft already lists several deals on select movies and TV shows, including up to 50% savings on the TV Current Season Pass.