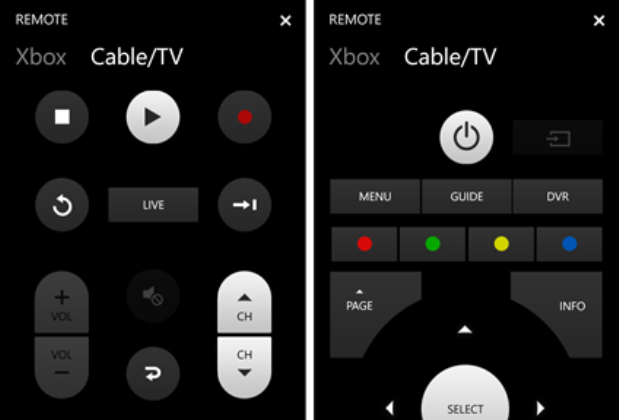 One of the single most irritating problems with modern television is the “basket of remotes” problem that’s created be needing different remote controls for televisions, set-top boxes, gaming consoles and other peripherals. However, Microsoft is working on some new features for its Xbox SmartGlass mobile app that could make the basket of remotes a thing of the past. Starting on Tuesday, Microsoft is offering a system update preview to SmartGlass to select Xbox Live members that will add OneGuide and universal remote control capabilities to the app. This means that you’ll be able to use your smartphone as a remote control for all the TV-related devices in your house.

Specifically, Microsoft says that the new SmartGlass features will give users “more control over Xbox One, their TV, and set-top box, including setting new recordings and watching recorded content from their DVR, all from a tablet or smart phone.” The update will also add OneGuide to SmartGlass so you can see all available TV listings on your smartphone or tablet. Microsoft says it’s only launching these features to select Xbox Live subscribers right now because it wants to get feedback before it releases them for all users later this year, but if you get an invite from the company in your inbox today then it definitely looks like something that’s worth checking out.