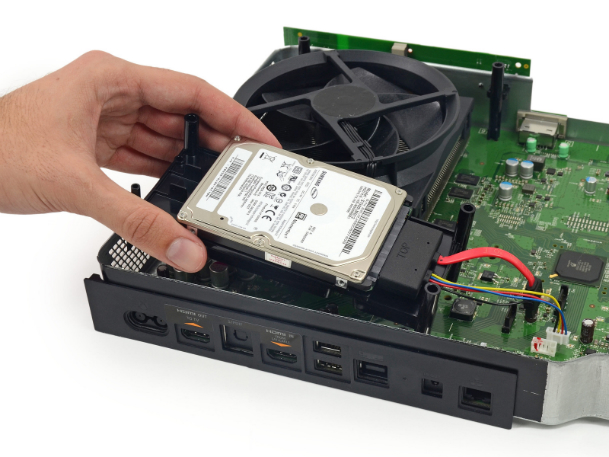 Just like the PlayStation 4, the Xbox One also has a user-replaceable hard drive, iFixit’s teardown reveals. However, while the procedure appears to be easy enough provided you have the right tools and follow the appropriate steps to get to the hard drive, it’s also not officially supported.

This means that taking repair matters into your own hands when replacing the hard drive, or any other component, will void the warranty of the Xbox One and may get you into trouble later with Microsoft. For what it’s worth, the Xbox One disassembled by iFixit has a 500GB 2.5-inch Samsung Spinpoint M8 SATA II hard drive inside. In addition to the hard drive, users would also be able to easily replace other components including the Blu-ray drive and the fan.

More importantly for gamers, iFixit has found that the Xbox One has “a beefy cooling system” that it will use to make sure that gamers no longer have to live in fear of the “red ring of death” that plagued early versions of the Xbox 360 console. Even better, iFixit says that replacing the fan and heat sink is “easy-breezy” for amateur mechanics so even if your new Xbox One does experience heat-related hardware failures you may not have to ship it back to Microsoft.