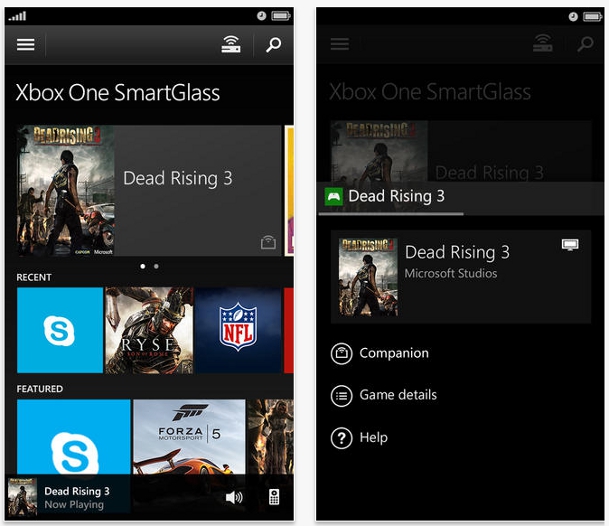 The second screen experience has a chance to become a major part of the next generation of gaming. Microsoft brought the Xbox One SmartGlass app to iOS and Android devices on Tuesday, a few days ahead of the console’s launch, and the app is surprisingly robust. Sony’s PlayStation App is a great tool for managing friends lists and remote PlayStation Store purchases, but doesn’t quite stand out as anything more than an extra feature. SmartGlass, on the other hand, can be used to navigate through the Xbox One dashboard, browse the internet on your TV, and it even doubles as a remote.

The interface is also nearly identical to that of the Xbox One, creating a nice cohesion between the app and the console. Most exciting of all, there are games that already support the added benefit of the second screen — in Dead Rising 3, a friend can call in an airstrike to take out a hoard of zombies from your phone while you run through the post-apocalyptic world on your Xbox One. SmartGlass has a great deal of potential, and now you’ll finally have a good reason to pull out your phone while playing a game. You can download the app for free on iTunes and Google Play.