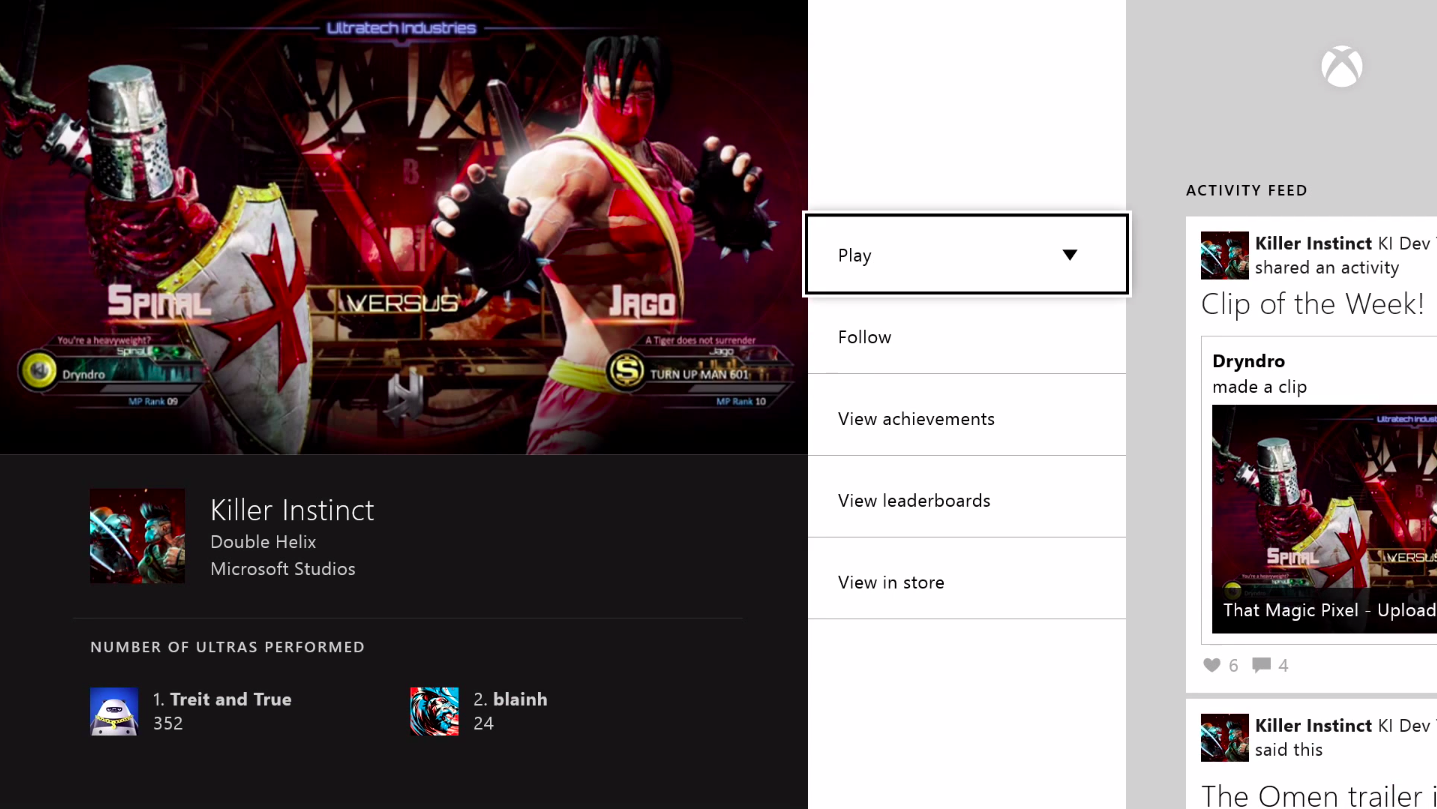 The first major Xbox One system update of 2015 is finally here. After a relatively quiet January, the development team is back with some welcome additions to Xbox One, including controller improvements, game hubs, and some features that will improve the console’s TV functionality.

READ MORE: Netflix predicts that the next PS4 and Xbox One models will support 4K

The most exciting aspect of the February update is the inclusion of game hubs. Similar to the game communities of Miiverse on the Wii U, game hubs will serve as profiles for every game available on the Xbox One. Within a game hub, you’ll be able to see which of your friends are playing a specific game, popular clips from the community and game-specific leaderboards.

The February update will also upgrade the firmware of the Xbox One controller in order to allow it to power on in just 2 seconds, rather than the 4-5 seconds it took previously. Here are the steps you need to take to update your controller:

Other updates will bring transparency to Home tiles to make your background more visible, better notifications to party chat and the ability to see what shows are trending on the OneGuide.

See the February update in action below: